A school in sector 11 of Noida opened on Thursday despite a two-day holiday, from November 14-15, declared by the Delhi government in the national capital and surrounding NCR areas due to the deteriorating air quality in the city. 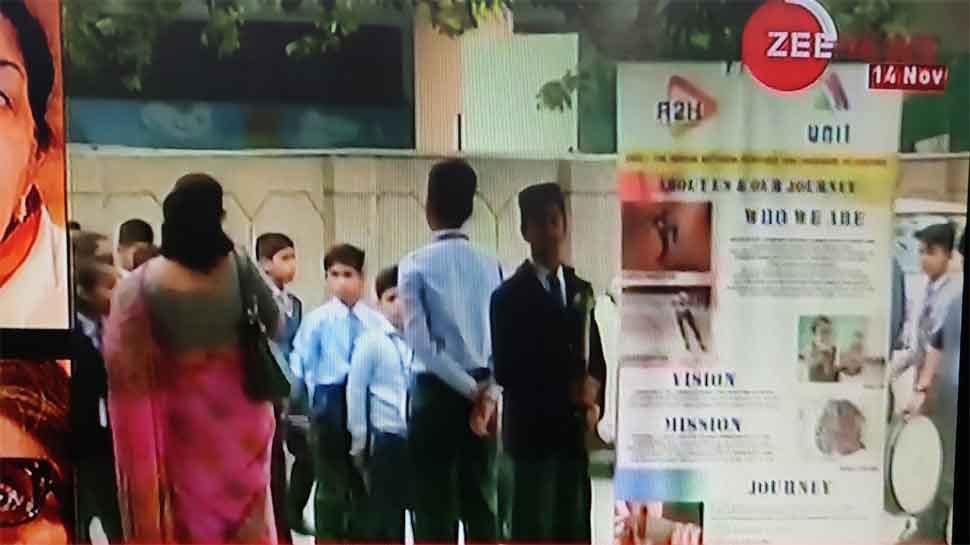 NOIDA: A school in sector 11 of Noida opened on Thursday despite a two-day holiday, from November 14-15, declared by the Delhi government in the national capital and surrounding NCR areas due to the deteriorating air quality in the city.

"In view of the deteriorating situation due to pollution caused by stubble burning in North India, the Delhi government has decided to close all the government and private schools in Delhi tomorrow and the day after," Deputy Chief Minister and Education Minister Manish Sisodia had tweeted.

However, young children were called to Modern school in Noida sector 7, in clear violation of the District Magistrate's office. Outdoor activities for children were also carried out without any restraint even as the pollution in Delhi-NCR areas continued to remain in the 'severe' category on Thursday with the Air Quality Index (AQI) docking at 472, Zee Media reported.

Children were not even wearing anti-pollution masks and upon asking teachers, they said that the decision of calling students has been taken by the senior management.

The air pollution level recorded in Noida spiked to hazardous levels on Wednesday with AQI being recorded at 436. The toxic haze that had shrouded the national capital and NCR region only worsened on Thursday morning with the AQI being recorded in Chandni Chowk at 751, Airport at 538, Mathura Road and IIT Delhi at 500, Lodhi Road at 473, Delhi University at 472, Pusa at 463, Dhirpur at 459, and Ayanagar at 447. Even more so, the AQI in Noida stood at 514, according to Centre-run System of Air Quality and Weather Forecasting And Research (SAFAR).

When Zee Media correspondents sought Modern school's principle's comments on opening the school despite the state government's ban, the principle, Neeraj Awasthi, shoved the mike aside forcefully and left his office, refusing to answer any questions.

On Wednesday, the Environment Pollution (Prevention and Control) Authority (EPCA) too had directed schools in Delhi-NCR to remain shut on Thursday and Friday. The anti-pollution body also ordered industries using coal and other such fuels and hot mix plants to remain closed till Friday, November 15.

Due to the spike in pollution, the Supreme Court on Wednesday censured the Centre for its inaction and sought remedial action. The apex court asked the central government to explore Hydrogen-based fuel technology to find solutions to combat air pollution.

Abrogation of Article 370 in J&K: Constitution bench to begin hearing from December 10