Normalcy returning to Jammu and Kashmir; Internet kiosks installed in all districts

The move comes two days after the Centre restored all landline connections and made mobile phone services functional in the districts Kupwara and Handwara in Jammu and Kashmir, a month after the Narendra Modi-led central government revoked Article 370 and Article 35A in the former state 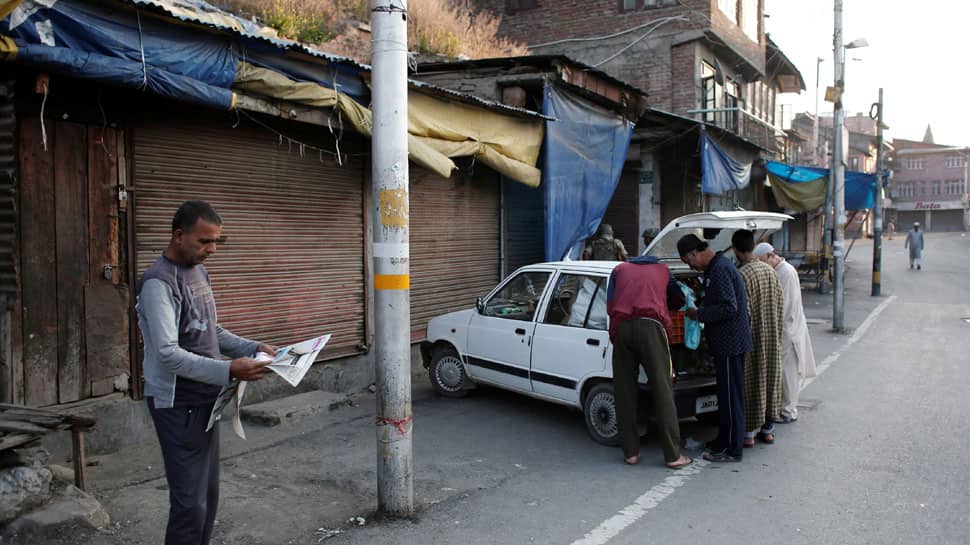 Srinagar: Internet kiosks with at least five terminals have been set up in all the 10 districts of the newly-formed Union Territory of Jammu and Kashmir, in the government's earnest efforts to restore normalcy in the Kashmir valley. The move comes two days after the Centre restored all landline connections and made mobile phone services functional in the districts Kupwara and Handwara in Jammu and Kashmir, a month after the Narendra Modi-led central government revoked Article 370 and Article 35A in the former state, taking away its special status.

The move will help government departments, contractors, students, businessmen to upload information, file e-tenders, order books orders and fill up forms online. The Internet kiosks have been opened in District Collectors' offices by the National Informatics Centre (NIC) and can be operated under the supervision of the officers.

Similarly, Internet counters for airlines have been opened in Srinagar city at Tourist Reception Centre (TRC) with nine terminals which are being used by various airlines for ticketing purposes. All the kiosks are fully functional at all the locations.

In the view of improving the situation in Jammu and Kashmir, the Centre has been relaxing restrictions to ease the movement of people. On September 4, District Magistrate Shahid Choudhary announced that Earlier on August 31, 29 more landline connections were restored, in addition to the 47 telephonic exchanges which were made operational before in the view of the improving situation in Jammu and Kashmir.

It may be recalled that landline, mobile phone services and the Internet were suspended in Kashmir Valley on August 5 few hours before Prime Minister Narendra Modi-led government at the Centre announced its decision to abrogate provisions of Article 370 that gave special status to the erstwhile state of Jammu and Kashmir. The Centre had also announced its decision to bifurcate the state into two Union Territories - Jammu and Kashmir and Ladakh.

The government had said that mobile, landline and Internet services were suspended in Jammu and Kashmir in order to maintain law and order in the region following its decision to revoke Article 370.