Uttarakhand received the seasons' heaviest snowfall in the day while the National Capital Region was plunged into darkness in the morning. 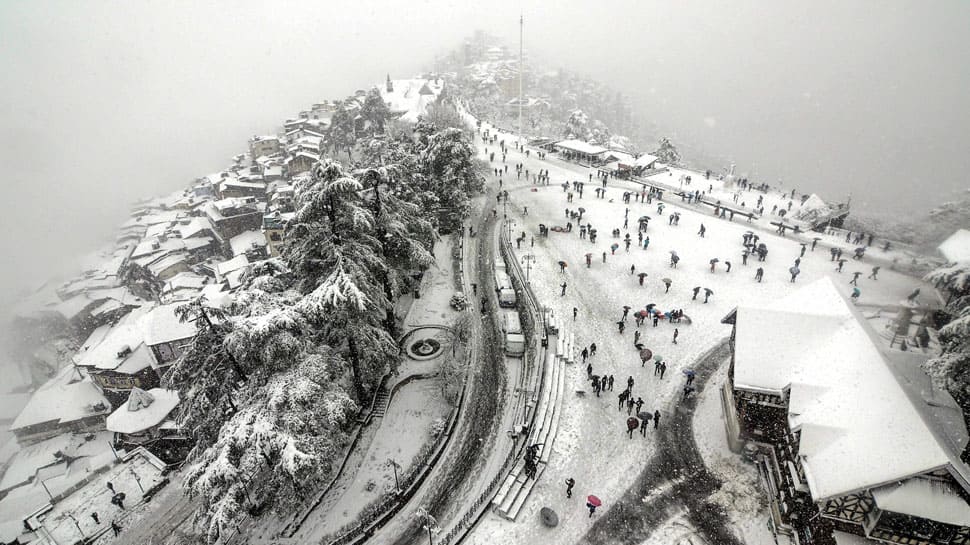 New Delhi/Srinagar/Shimla: Rain and snowfall lashed many parts of north India on Tuesday, with two people getting killed in an avalanche in Jammu and Kashmir, officials said.

Eighty-seven people, 70 of them students, were rescued after their two buses got stuck in heavy snowfall in Himachal Pradesh. The students and the staff from an institute in Lucknow were on a trip to the state when they were caught in bad weather between the tourist towns of Kufri and Chharabra in Shimla district, police said.

Many areas of Delhi received heavy rains and hail, leading to waterlogging and traffic being thrown out of gear at major intersections. The National Capital Region was plunged into darkness in the morning. Rainfall overnight and more rain in the morning inconvenienced office-goers. 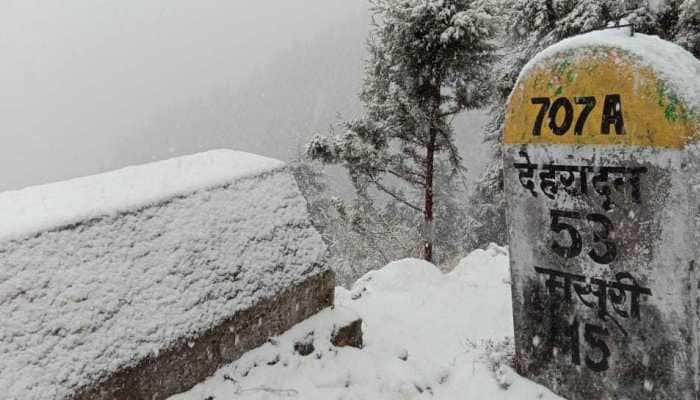 In Jammu and Kashmir, a 12-year-old girl was among the two persons who died after an avalanche struck a mountain village in Ramban district, officials said, adding that two women were reportedly missing.

Helicopter and ropeway services were shut due to snowfall and bad weather conditions at the Vaishno Devi shrine in Reasi district, an official said.

In Kashmir, rains lashed the plains, while the higher reaches of the region witnessed fresh snowfall for the second day. The Jammu-Srinagar national highway -- the only all-weather road linking the Valley with rest of the country -- was closed after an avalanche blocked both tubes of the Jawahar Tunnel on the Qazigund side at 4.25 am, police said.

Shimla received 41.3 cm of snow, Kufri received 40 cm of snow, while Sangla and Manali received 30 cm and 18 cm of snow respectively. Light-to-moderate rain and snowfall are expected at some places on Wednesday as well, the meteorological department said.

Dehradun received incessant rainfall that started on Monday night. The meteorological department said rainfall and snowfall might continue for the next few days.

Rains also lashed most parts of Punjab and Haryana, with Pathankot being the wettest place with 94 mm of rainfall, an official said.

In Rajasthan, western disturbances triggered rains in parts of the state. Alwar received the maximum rain at 14.1 mm, while Barmer was hit by a hailstorm on Monday night.