Intense cold conditions prevailed in northern parts of the country with Jammu and Kashmir's Kargil recording minus 20 degrees Celsius. 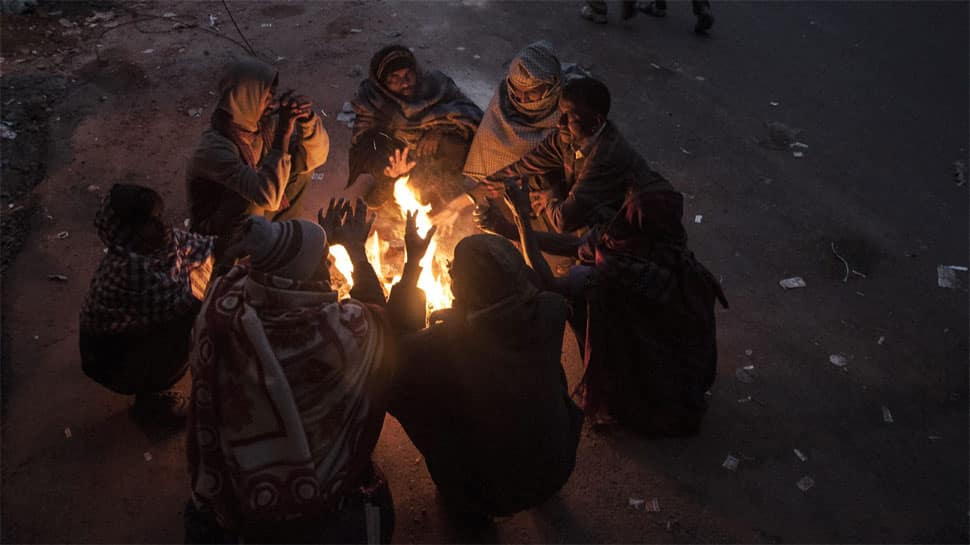 New Delhi: Intense cold conditions prevailed in northern parts of the country with Jammu and Kashmir's Kargil recording minus 20 degrees Celsius and temperatures remaining below the freezing point in high-altitude areas of Himachal Pradesh.

The mercury dipped across the Kashmir and Ladakh divisions due to dry weather and is likely to remain so till Saturday.

Last night, Kargil recorded minus 20 degrees Celsius and neighbouring Leh a low of minus 10.9 degrees Celsius, the Meteorological (MeT) office in Srinagar said.

Gulmarg - the famous ski-resort- recorded a minimum of minus 6.4 degrees Celsius.

Kashmir is under the grip of 'Chillai-Kalan', the 40-day period of harshest winter when the chances of snowfall are maximum. It ends on January 31, the MeT said..

Cold wave continued unabated in Himachal Pradesh and Keylong in tribal Lahaul and Spiti district recorded a low of minus 7 degrees Celsius.

There was no respite from cold wave in Punjab and Haryana as minimum temperatures hovered between 1 to 5 degrees Celsius at most places in the states.

The holy city of Amritsar was the coldest place in the two states at 1.2 degrees Celsius. Chandigarh experienced a cold night at 5.1 degrees Celsius, the MeT said.

There was no let up in chilly conditions in Adampur, Halwara, Bathinda, Pathankot in Punjab and Narnaul, Hisar and Karnal in Haryana.

The national capital recorded a high of 23.6 degrees Celsius owing to a sun-washed afternoon while the minimum in the city was 6.4 degrees Celsius, a notch below the season's average.

The Northern Railway here said that as many as 13 north- bound trains were cancelled, 5 rescheduled and 39 delayed as of 5 pm due to fog and other reasons.

The weather in Uttar Pradesh remained dry with dense fog occurring at a few places in the eastern parts of the state. Muzaffarnagar was the coldest place at 2.9 degrees Celsius.

Minimum temperatures plummeted by a few degrees at several places in Rajasthan with Sikar being the coldest place in the state at 3 degrees Celsius.

Cold wave conditions prevailed in Churu, Sriganganagar, Sikar and Alwar as the minimums dipped in Jaipur, Jodhpur, Jaisalmer and Bikaner and at the desert state's hill station, Mount Abu, the MeT office in Jaipur said.

Cold and foggy conditions prevailed in some parts of Sub-Himalayan West Bengal and Sikkim and also in a few areas in northern Bihar.

India and Israel can shape the future together: Benjamin Netanyahu at Business Summit