Nostradamus left behind an ADVICE for 'supreme leader' Narendra Modi?

“They will rule heaven and earth. Nobody will resist them in Asia” 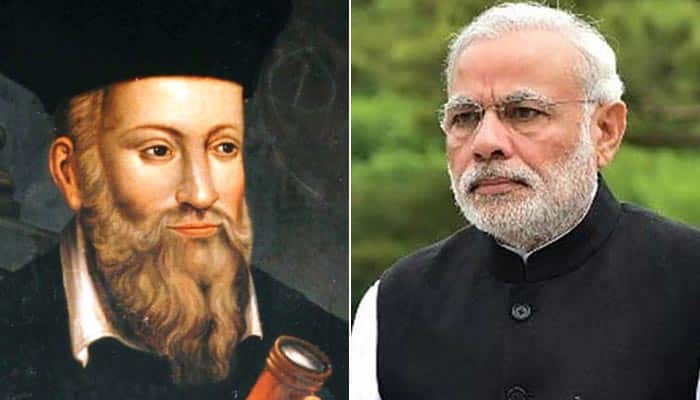 In a blog post on TOI, Gautier describes in vivid detail the predictions that were originally written in old French and Latin.

As per Gautier, Nostradamus had predicted that the 'supreme leader' of India will be born in the state of Gujarat to a tea-seller and his first name will be Narendus (Narendra).

Narendus (Narendra) will lead the state of Gujarat for three terms and during that period business will be at its best and honesty will reign.

Gautier goes on to quote Nostradamus foreseeing the growth of the Bharatiya Janata Party (BJP) – described in the texts as the 'political group of Hindus'.

Nostradamus predicted that the Party of the Indian people (BJP) will dominate India in the 21st century, Gautier claimed.

On Modi's rise as the Prime Minister of India, the blog post, quoting Nostradamus, says that Hindus will reign from 2014 onwards. “They will rule heaven and earth. Nobody will resist them in Asia”

Interestingly, Nostradamus even appears to have foretold some of Modi's key ideological commitments like the abolition of Article 370, construction of Ram Temple, Uniform Civil Code and preservation of Kashmir.

The French astrologer even had an argument on why “Hindu power” is good for India.

As per Gautier's translation, Hindus are best suited for a country like India because they have a universal doctrine that makes it possible to accept all types and forms of God and also because they have compassion for all.

In between, Nostradamus – as per Gautier's blog – also talked about a white woman who will rule supreme in India before the Narendra era.

“A white woman will rule supreme on India. Dishonesty will spread for ten years. However Narendra will fight her.”

Importantly, Nostradamus cautioned about the chances of Modi losing power. He predicts that Modi will lose power if he betrays his ideals and that of Hindus.

“The curse of Hindus is betrayal. Thus Narendra should not betray his ideals. And the Hindus Or he will lose power.”

And what if Modi holds on to his ideals?

The French seer predicts: “The knowledge of the Hindus will spread to the world and save humanity from apocalypse”