"I will not go to the ED today. The agency informed me that I''m not needed now for," Sharad Pawar, accused in a money laundering case, said. 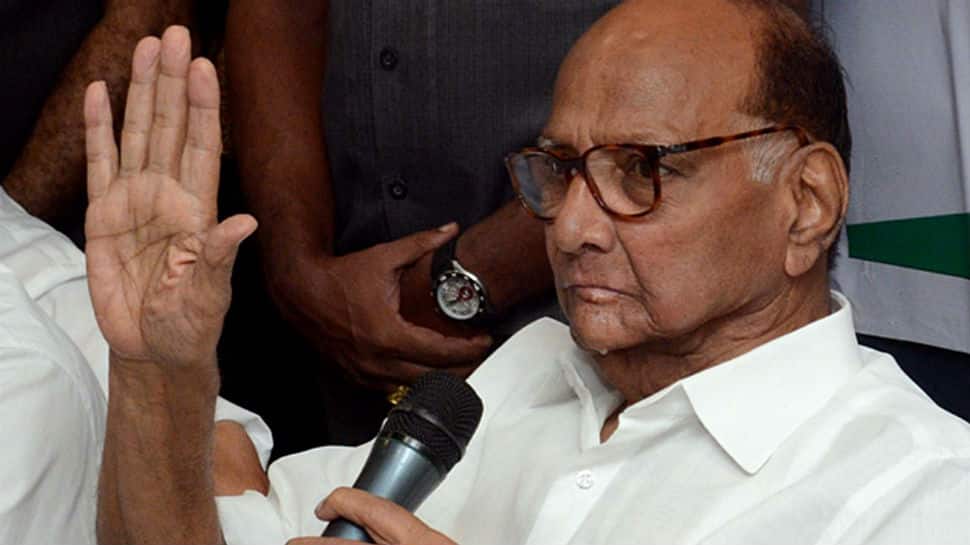 New Delhi: Nationalist Congress Party (NCP) chief Sharad Pawar has said that he is not going to the Enforcement Directorate's office for now after the probe agency sent a mail to him stating that he is not to required to come for an inquiry and that he will be called if needed.

"I will not go to the ED today. The agency informed me that I''m not needed now for," Pawar, accused in a money laundering case, said. The NCP chief also added that he told ED that he "will not be able to come till elections are over."

The development comes after Mumbai Police Commissioner Sanjay Barve visited the politician at his residence.

"On behalf of the Maharashtra government, the Mumbai Police Commissioner came and met me. He requested me not to go to the ED office as it may create law and order issues," Pawar said.

NCP Chief Sharad Pawar: Mumbai Commissioner of Police and Joint CP meet me today and requested me not to go so that the law and order situation remains under control. https://t.co/431crZ0sen

Security had been heightened near the probe agency's office ahead of the NCP chief's visit. The Mumbai Police had imposed prohibitory orders in nearby areas anticipating protests by NCP workers.

Pawar was to visit the ED office in Mumbai at 2 pm on Friday in connection with a case filed by the probe agency for his alleged involvement in a 25,000-crore Maharashtra State Co-operative Bank (MSCB) scam. His party leader Ajit Pawar and others have also been named in the corruption case.

Terming ED's probe as "politically motivated", Pawar denied his involvement in the scam and said that he was "never the director of the bank."

NCP source says that Pawar is likely to go to Pune on Friday night.

On Thursday, Pawar had tweeted that he would appear before the ED on Friday and appealed to the party leaders and supporters not to gather outside the agency's premises.

A day before that, Pawar had said at a press conference that he would go to the ED office to assist in the probe.