Not just PUBG or Frontline but playfield: PM Modi's mantra for students at Pariksha pe Charcha

PM Modi said it is good that students are getting acquainted with new technology. 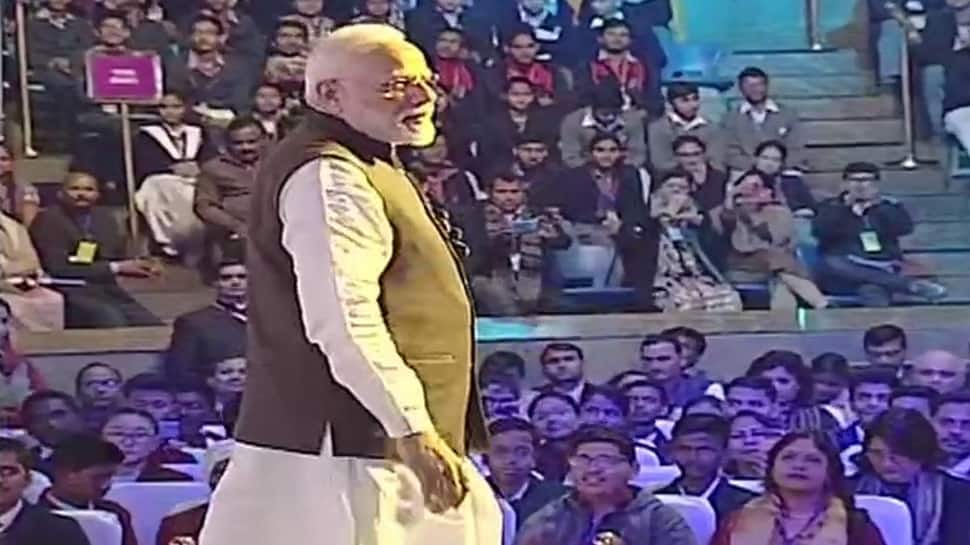 NEW DELHI: PUBG or Frontline? Prime Minister Narendra Modi asked students gathered at the 'Pariksha pe Charcha' event in Delhi about what they played. While he motivated children to embrace technology, he also motivated them to move beyond PlayStation and go out to play in the field.

"I will not say exposure to technology is a bad thing for students. Technology should lead to the expansion of the mind and as a means to innovate. The PlayStation is good but never forget the playing field," he said.

On kids getting engrossed in video games like #PUBG, PM @narendramodi says we should encourage our kids to adopt technology; to discuss technology but ensure they dont get controlled by technology#ParikshaPeCharcha2 #ParikshaPeCharcha pic.twitter.com/AKZ8DvnoCu

He added that it is good that students are getting acquainted with new technology. The PM was responding to a question from a mother who said that her Class IX student was good in studies earlier but is now too distracted by online games.

Like last year, PM Modi was holding the second "Pariksha Pe Charcha" event in which interacted with 2,000 students from high school to college, along with their parents and teachers at the Talkatora Stadium in Delhi.

Ahead of the PM's session, there was a cultural programme of 10 minutes and a short film on initiatives taken by the HRD Ministry since last year's "Pariksha Pe Charcha" to reduce exam-related stress were screened.