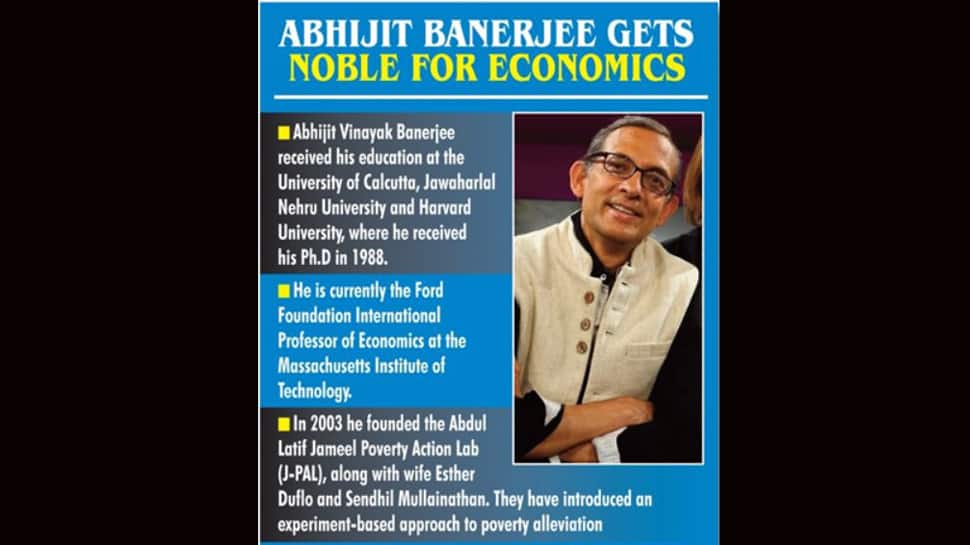 Prime Minister Narendra Modi on Monday congratulated Indian-American economist Abhijit Banerjee for winning the 2019 Nobel Prize in Economics for his contribution in the alleviation of the global economy.

"Congratulations to Abhijit Banerjee on being conferred the 2019 Sveriges Riksbank Prize in Economic Sciences in Memory of Alfred Nobel. He has made notable contributions in the field of poverty alleviation," PM Modi tweeted.

Abhijit Banerjee and Esther Duflo are married to each other and both work at MIT, while Michael Kremer is at Harvard. Duflo is also the youngest person to win the Nobel economics prize.

Abhijit Banerjee was born on February 21, 1961 in India. The 58-year-old Banerjee attended South Point School and Presidency College, Kolkata, where he completed his B.S. degree in economics in 1981. Banerjee has done his M.A. in economics from Jawaharlal Nehru University, Delhi in 1983. He has done Ph.D in 1988 from Harvard University, Cambridge, USA.

Banerjee currently works at Massachusetts Institute of Technology (MIT), Cambridge, MA, USA. Banerjee is also the co-founder of the Abdul Latif Jameel Poverty Action Lab along with economists Esther Duflo and Sendhil Mullainathan. He also served on the UN Secretary-General’s High-level Panel of Eminent Persons on the Post-2015 Development Agenda.