Now, passports for adopted children will only be issued after clearance by Child Development Ministry 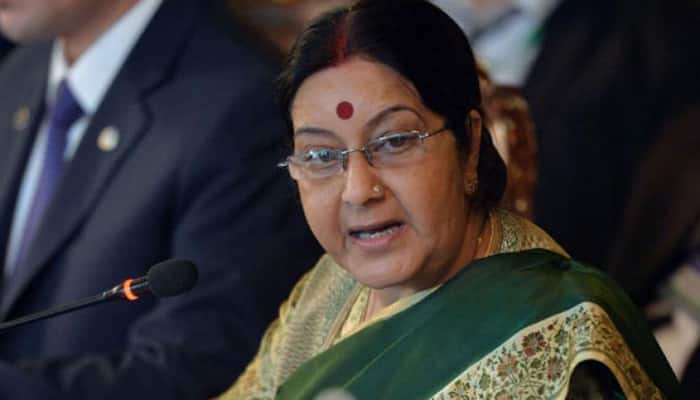 External Affairs Minister Sushma Swaraj on Friday said that passports for adopted children will only be issued after prior clearance by Ministry of Child Development in all cases. The decision was taken after 3-year-old Shirin Mathews died in Dallas, US and her body was found in a culvert.

Sherin's father Wesley Mathews was arrested and charged with first-degree felony injury to a child due to conflicting statements given to the police.

Sushma has also requested Women and Child Development Minister Maneka Gandhi to probe the adoption process that took place in the case of 3-year-old Sherin Mathews. “After Baby Saraswati @ Sherin Mathews’ case, have requested Minister for Women and Child Development for a thorough investigation into the adoption process,” she tweeted.

The nodal body for adoption in India, the Child Adoption Resource Authority (CARA), has also reportedly written to the US Central Authority for Hague Adoption seeking details into Sherin’s death.

Four reports were sent to CARA by Holt International since her adoption on July 8, 2016 which described how the girl was “adjusting well” to her new home and appeared to be “secure and comfortable” in the new surroundings.

As per the assessments, Sherin had some eating problems. A record stated that "eating has become more and more challenging for the family.. She likes to eat food outside but not at home."

The child was reportedly undernourished right from the time she was adopted and weighed less for a girl of her age. Born on July 14, 2014, her parents in Gaya, Bihar gave her up after which she was sent to an orphanage, Nalanda Mother Teresa Anaath Seva Ashram, which is now shut.