Amid reports of large scale infiltration attempts, National Security Advisor Ajit Doval visited Jammu and Kashmir for a day and a half and reviewed the prevailing law and order situation in the newly-formed Union Territory. 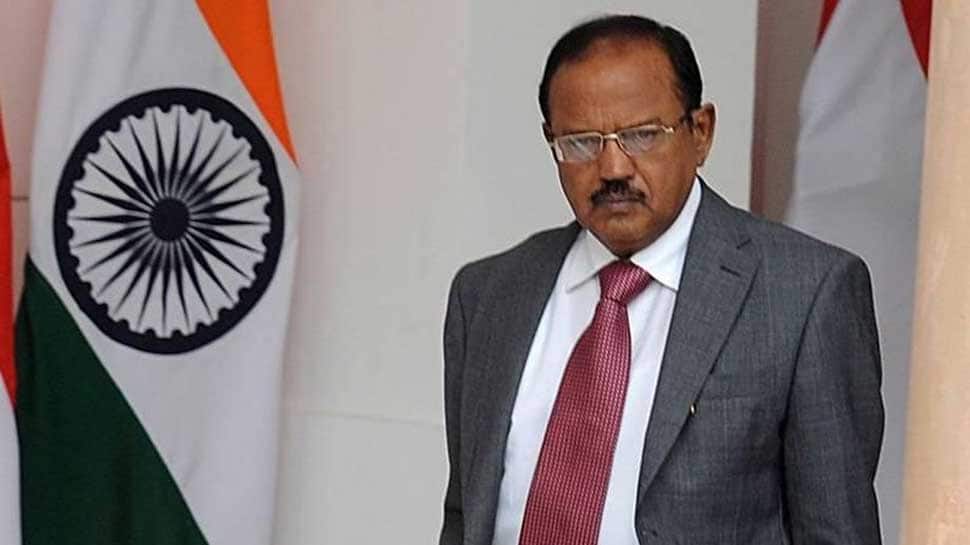 New Delhi: Amid reports of large scale infiltration attempts, National Security Advisor Ajit Doval visited Jammu and Kashmir for a day and a half and reviewed the prevailing law and order situation in the newly-formed Union Territory.

During his visit, the second since Prime Minister Narendra Modi-led central government revoked Article 370 in Jammu and Kashmir, taking away the special status granted to the former state, NSA Doval chaired a high-level meeting in Srinagar with top security officials on Thursday. He also spoke to the district administration and reviewed the law and order situation at the ground, taking stock of essential services and supplies in Kashmir valley.

NSA Doval had landed in Srinagar on Wednesday to review the security forces' preparedness after various reports suggested that the Pakistani Army had recruited around 60 Afghan fighters belonging to various terror groups, who would be pushed across the border to carry out attacks on security forces in Jammu and Kashmir. Reports had also suggested that Pakistan was transporting weapons through Punjab route using drones into the erstwhile state to be used to launch an attack in Jammu and Kashmir.

Earlier, Army Chief General Bipin Rawat had said that Pakistan has reactivated the terror camp in Balakot as more than 500 terrorists are waiting to infiltrate from across the border.

NSA Ajit Doval also asked security forces to remain on high alert on all the borders including Line of Control (LoC) and International Border (IB) and strengthen the counter infiltration grid in view of such reports warning of large scale infiltration attempts.

Ever since India scrapped Article 370, Pakistan backed terror groups are desperately trying to infiltrate terrorists from across the border into the Valley.

This was NSA's second visit to the valley, after Jammu and Kashmir and Ladakh were bifurcated into two territories. He had then camped for 11 days in Jammu and Kashmir, where he ensured that no violence erupted in the aftermath of Article 370's revocation. He had gone on rounds of Shopian and Kupwara districts of Kashmir and interacted with local people with the valley.