UAE accounts for 8 per cent of India’s oil imports and is the fifth-largest supplier of crude oil to India. 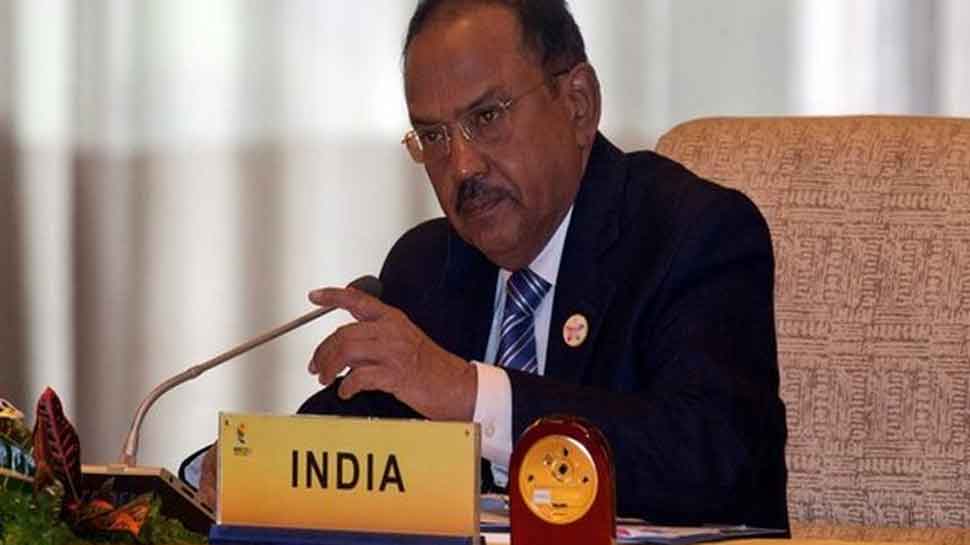 Saudi Arabia's Aramco and UAE's ADNOC are planning a refinery in India's west coast at the cost of USD 44 billion and will have a capacity of 60 million metric tonnes. India has also got oil from ADNOC for its Strategic Petroleum Reserve at Mangalore.

UAE accounts for 8 per cent of India’s oil imports and is the fifth-largest supplier of crude oil to India.

A govt release said,"UAE and India have strong bonds and there have regular interactions on various issues at the highest levels. NSA’s visit will further strengthen the understanding and cooperation between the two nations."

NSA Doval offered his condolences on the death of his uncle, Sheikh Suhail bin Mubarak Al Ketbi, on behalf of PM Modi to the Crown Prince of Abu Dhabi.

PM Modi had tweeted about the passing of Mubarak Al Ketbi on Wednesday. PM tweeted, "I am deeply anguished by the passing away of His Highness Sheikh Suhail bin Mubarak Al Ketbi, the uncle of Crown Prince Sheikh @MohamedBinZayed. He served his nation with utmost dedication and diligence. My condolences to the family of the Crown Prince in this hour of grief."

The visit to the UAE comes a day after his visit to Saudi Arabia where he met Saudi Crown Prince Mohammad Bin Salman for 2 hours.

India is increasing its engagement with the Islamic world. Earlier this year, PM Modi visited UAE and was conferred the highest civilian award of the country--the Zayed Medal.