As part of the plans, special prayers for the people of Kashmir would also be offered after the Friday prayers in Pakistan. 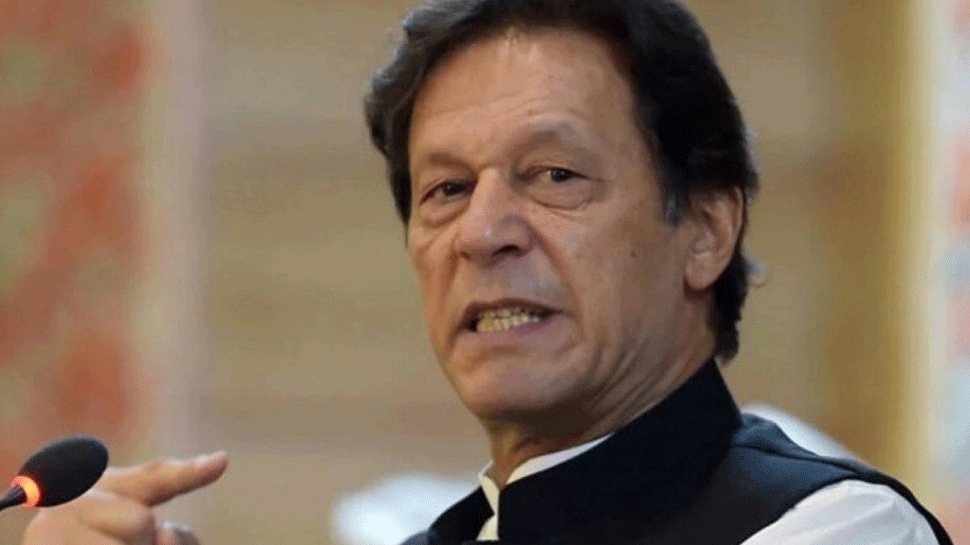 Islamabad: After the failure of its diplomatic channels to internationalise the Kashmir issue, Pakistan's propaganda machinery is at work again and, this time, it has decided to observe "Kashmir Hour" to express "solidarity with Kashmiris". As part of the plans, sirens will blare out at 12 noon across the country, the national anthem will be played everywhere and all people and vehicles will come to a standstill. Even school children in Pakistan have been directed to join the protests in support of the people of Kashmir.

Prime Minister Imran Khan, the Chief Ministers along with leading Pakistani parliamentarians will lead the nation for 'Kashmir Hour' by coming out in front of their respective secretariats and office buildings, according to an announcement by Radio Pakistan.

Special prayers for the people of Kashmir would also be offered after the Friday prayers.

PM Imran Khan had made an appeal to his countrymen on Thursday to take part in "Kashmir Hour" so as to show maximum support to the Kashmiris, amid heightened tensions between the two nuclear-powered neighbours over the Narendra Modi government's recent move to abrogate special status for Jammu and Kashmir.

In a series of tweets, Khan said that ''the Modi government's plan to change the demography of Kashmir was a war crime under the Fourth Geneva Convention".

As part of his appeal, the Pakistani national anthem will be played from 12 noon till 12.03 PM.  For the next two minutes, the national anthem of Pakistan-Occupied-Kashmir (PoK) will be played, and flags of Pakistan and PoK will be held aloft. Placards with slogans in support of the people of Jammu and Kashmir will be displayed prominently by each gathering.

While addressing the nation on Monday, the Pakistani PM had announced that an event will be held every week to show solidarity with the Kashmiris, starting with August 30 between 12 PM-12.30 PM.

The Pakistan Tehreek-e-Insaf party chief had also telephoned French President Emmanuel Macron and King Abdullah II of Jordan on Wednesday to highlight the "situation" in Kashmir.

Cricketer-turned-politician stressed that the international community must take notice of the "Indian excesses and raise their voice for the oppressed people of occupied Kashmir".

King Abdullah said that Jordan was closely following the developments in Kashmir and called for peaceful resolution of the dispute through dialogue, adding that his country would consult other countries on the situation.

Macron had also underlined the "importance of resolving all outstanding issues through peaceful means".

While Pakistan's desperate efforts to mobilise international support on the Kashmir issue has failed miserably, its armed forces and notorious intelligence ISI have been exerting pressure on the terror groups to carry out more deadly attacks in India and disturb peace in J&K.

Inputs gathered by the intelligence agencies suggest that infiltration attempts are being made by Pakistan-based terrorist groups every night. There are also inputs about terrorists targeting political leaders in Kashmir.

Terror outfits like Jaish-e-Mohammad (JeM) and Lashkar-e-Toiba are planning a massive infiltration bid to target security forces in Jammu and Kashmir, according to a report by the Research and Analysis Wing.

A meeting was held on August 19, at Markaz Usama-O-Ali at Bhawalpur in Pakistan and chaired by JeM chief Maluna Masood Azhar's brother Rauf Asghar, where the blueprint for disrupting peace in Kashmir and defeating Modi government's effort to stabilise situation was reportedly discussed.

Intelligence agencies have also warned that Pakistan-based terrorists may target schools, government buildings and personnel of the J&K Police.

Amid all this, Army Chief General Bipin Rawat is due to arrive in Kashmir on Friday to review the ground situation – his first visit since the abrogation of Article 370 by the Centre.

It may be noted that Pakistan has adopted a high-pitched scathing verbal attack against India ever since the Modi government abrogated Article 370 and Article 35A from Jammu and Kashmir which ended the former state's special status. It has been constantly appealing to the international community for their support and intervention.