Cyclone Fani had claimed at least 15 lives in Odisha. 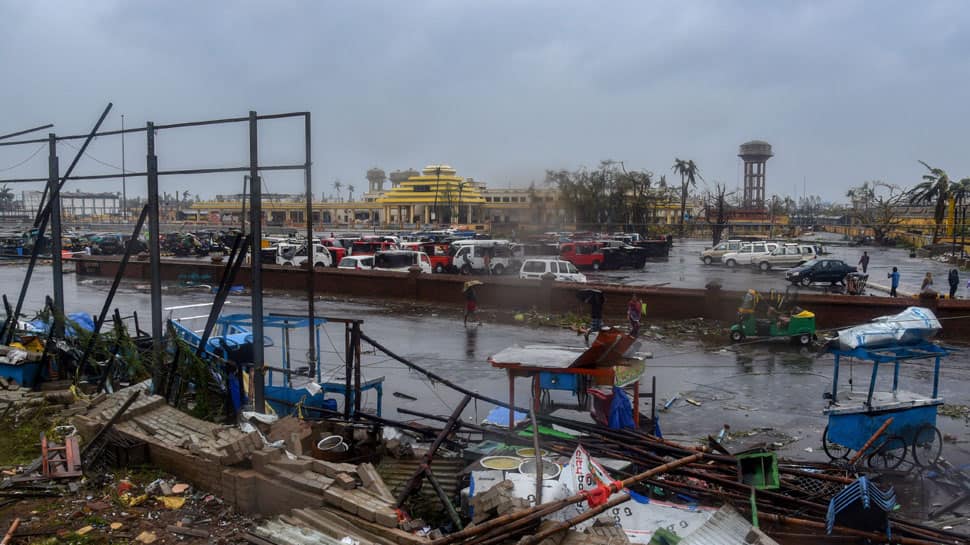 PURI: The Naveen Patnaik-led BJD government in Odisha on Sunday announced house building assistance for those affected by Cyclone Fani, which battered the state on Friday, claiming at least 15 lives and injuring over 160 people.

Making the announcement, CM Patnaik said, ''As per the relief code, Rs 95,100 will be provided for fully damaged structures, Rs 5,200 for partially damage and Rs 3,200 for minor damages.''

As per the announcement, all families covered under the National Food Security Act (NFSA) in extremely severely affected districts of Puri and parts of Khurda will get 50 kg of rice, Rs 2000 and polythene sheets.

''Families covered under the NFSA in severely affected areas of Khurda district will receive an additional one-month quota of rice, Rs 1000 and polythene sheets,'' the Odisha government said.

Similarly, in moderately affected districts of Cuttack, Kendrapara and Jagatsinghpur, affected families will receive an additional one-month quota of rice and Rs 500.

In all the affected districts, people will receive one month of additional pension and house building assistance as per relief code i.e. Rs 95,100 for fully damaged structures, Rs 5,200 for partially-damaged structures and Rs 3,200 for minor damages.

Odisha CM: Houses completely damaged will be constructed under housing schemes.Loss of agricultural&horticultural crops&animal resources,fisheries will be assessed &compensated accordingly. Tree plantations will be taken up in mission mode soon after relief and restoration. #Fani pic.twitter.com/mqser6SlEh

During his announcement, the CM further stated that the houses completely damaged will be reconstructed under housing schemes expeditiously and loss of agricultural and horticultural crops, animal resources, fisheries will be assessed and compensated accordingly.

''Maharashtra Government will contribute ₹10 crore towards the relief and rehabilitation measures in different parts of Odisha,'' Fadnavis said in a tweet.

After leaving a huge trail of destruction and claiming several lives, Cyclone Fani entered West Bengal late on Friday and then reached Bangladesh on Saturday.

In view of the severe cyclonic storm Fani, elaborate preparations were done by the state governments in Odisha, Andhra Pradesh and West Bengal to minimise the damage.