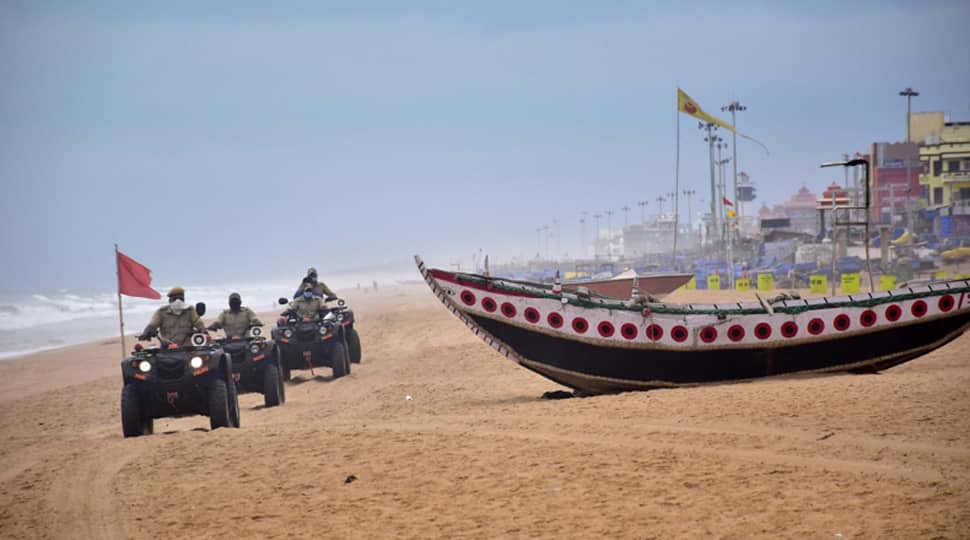 Odisha Special Relief Commissioner has written to Collectors of Balasore, Bhadrak, Kendrapada, Jagatsinghpur, Puri, Khordha, Cuttack, Jajpur and Mayurbhanj to evacuate vulnerable people to safe shelters in the wake of super cyclone Amphan keeping in mind the threat of coronavirus COVID-19 too.

In West Bengal, the government has started the process of evacuating people from the coastal areas of the Sunderbans in South 24-Parganas and Digha in East Midnapore district. Special control rooms have been set up in different parts of the state to provide information about cyclone Amphan to the people.

The extremely severe cyclonic storm Amphan turned into a super cyclonic storm on Monday (May 18) and is spiralling towards Indian shores. The National Disaster Response Force (NDRF) has deployed 37 teams in the coastal areas of Odisha and West Bengal, its chief SN Pradhan said.

The India Meteorological Department on Monday forecast that the storm will lose some of its intensity on the way and slam West Bengal as a very severe cyclonic storm during the landfall between Digha in the state and Hatiya islands in Bangladesh on Wednesday evening.

The IMD, which has issued an "orange message" for West Bengal, warned of extensive damage in Kolkata, Hooghly, Howrah, South and North 24 Parganas and East Midnapore districts.

Prime Minister Narendra Modi reviewed the situation with Union Home Minister Amit Shah and top government officials in New Delhi, as the impending super cyclone compounded its worries at a time when it is grappling with mounting COVID-19 deaths and cases.

"Reviewed the preparedness regarding the situation due to Cyclone Amphan. The response measures, as well as evacuation plans, were discussed. I pray for everyone's safety and assure all possible support from the Central Government," PM Modi tweeted soon after the meeting.