Onion, the kitchen staple, is currently being sold at Rs 150 per kg in West Bengal and Hyderabad while in Bhubaneswar, Kota and Chandigarh, it is priced at Rs 120 per kg. 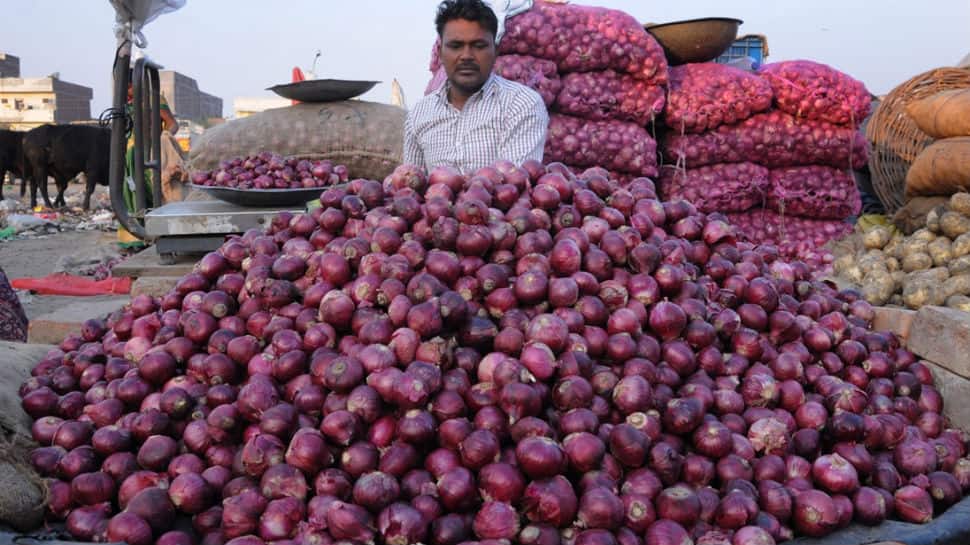 New Delhi: People in India are facing a tough time managing their kitchen supplies as the onion prices have touched up to Rs 150 per kg at many places. Onion, the kitchen staple, is currently being sold at Rs 150 per kg in West Bengal and Hyderabad while in Bhubaneswar, Kota and Chandigarh, it is priced at Rs 120 per kg.

Burdwan, Murshidabad and Jhargram in West Bengal are selling onion at Rs 150 per kg, in Hooghly, it is being sold at Rs 140 per kg and in Malda, Alipurduar, Durgapur and Nadia, the vegetable is priced at Rs 120 per kg.

Mostly, onion prices soared to Rs 140 a kilo in various markets in West Bengal. The retail price was hovering between Rs 100 and Rs 120 over the past few days.

Retail sellers said they were buying onion in small amounts due to the skyrocketing prices.

"Today I am selling at Rs 140 a kg. Supply has gone down drastically. If the supply side does not improve, the prices will go up further. I have bought very few onions today," said Bholanath Saha told news agency IANS.

Meanwhile, the onion prices touched Rs 150 kg in Hyderabad. Of the skyrocketing price, a local told ANI, "The onion rates remain high in the city. Upper-class people can afford it but poor people cannot. The government should subsidise the rates so that every section of people can purchase them."

Amidst surging prices, state-run trading firm MMTC has placed an onion import order of 4,000 tonnes from Turkey. The shipments are expected to reach by January.

In Rajasthan, onion prices have soared up to Rs 130 per kg in Kota while in Alwar, Bikaner, Bharatpur, Jodhpur, it is being sold at Rs 100 per kg. In Jaisalmer and places such as Barmer, Hanumangadh, Sirohi and Sikar, the price is between Rs 80-Rs 100 per kg.

At a time when prices of onion are shooting up to Rs 150 per kg due to shortage, several cases of onion theft have been reported from various parts of the country. Just recently, a farmer in Madhya Pradesh's Mandsaur alleged that his onion crop worth Rs 30,000 was uprooted and stolen from his field by thieves.

Meanwhile, Finance Minister Nirmala Sitharaman on Wednesday said that the government has taken a host of measures, including imports, to deal with the rising prices of onions and there are several structural issues related to their storage which the government is trying to address.

"Steps are being taken other than procurement," she told Lok Sabha. The minister also told MPs that the government has also decided to import to procure from the open market of countries with a surplus and from onion-growing regions. She further added steps are being taken for distribution of the onion through open mandis auction.

She also stated that the government plugged all loopholes through DBT and "all dalals and middlemen have been eliminated from the system".