The Internet has reached the maximum number of people in Delhi, Kerala, and Haryana, but it is still away from the majority of people in the northeastern states, except Assam. 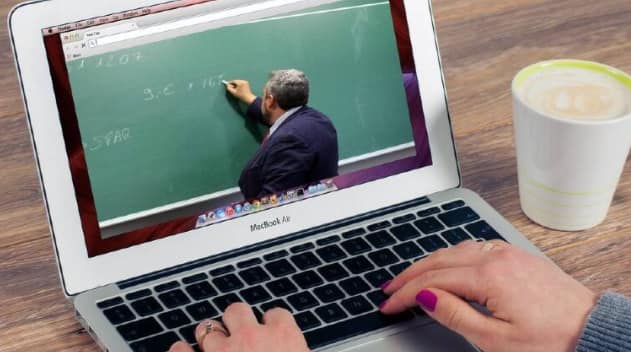 New Delhi: India has entered into a new era of online education in the wake of the COVID-19 pandemic outbreak, but it creating a wedge between the haves and have nots. The growing digital divide is also being witnessed among rich and poor states of the country. For example, the Internet has reached the maximum number of people in Delhi, Kerala, and Haryana, but it is still away from the majority of people in the northeastern states, except Assam.

The DNA analysis will try to peep into the reasons behind the growing digital divide, which is obstructing the path of online education in India. If you are able to see this analysis on your mobile phone or an Internet device, then you are lucky. You should try to understand the problem of those people who are not able to get an education through the internet despite willing to pursue it.

Although Digital India has become a necessity during the COVID-19 lockdown, the question is also being asked if we are ready with requisite infrastructure for online education. If the students belonging to every section of society are equipped to avail of online education?

In our childhood, we have heard stories about how our previous generation strived hard to get educated. Our older generation still narrated stories as to how they had to walk for several kilometers to reach school, or how did they complete their studies in the light of candles or street lights. Former President of India and great scientist APJ Abdul Kalam used to sell newspapers to continue his studies. Former Prime Minister Manmohan Singh used to study under the street lights.

The situation has changed today, but the struggle for education is the same. Earlier people struggled to reach school and now the present generation is striving for online education. Schools are closed amid coronavirus scare and there is no hope when will they open, therefore, schools are teaching students online.

Since not all families in India have access to the Internet, this is creating a digital divide that needs to bridged at the earliest. A recent NCERT survey also revealed startling facts:

1. According to the survey, 27 percent of students in India do not have smartphones and laptops.

2. 28 percent of students are not able to study properly due to frequent power outages

3. 33 percent of students admitted that they are not able to focus on studies during online classes

4. Online classes are not able to solve problems related to maths and science subjects

5. 50 percent of students said they do not have school books, thus, students are facing problems in offline studies too

Notably, the NCERT website has provided online access to E-books of many subjects but for that students require internet and smartphone. In lack of it, crores of children in the country are deprived of accessing this facility.

The survey has been prepared on the basis of interaction with 34000 students, parents, and teachers studying in Kendriya Vidyalaya, Navodaya Vidyalaya, and CBSE affiliated schools. Amid this scenario, what will be the future of online education can be easily understood.

The number of students going to schools and colleges in India is currently 300 million, but they are unable to attend schools due to the coronavirus situation.

According to a National Sample Survey report, 90 lakh students studying in the country's government schools have no facility for online education. 24 percent of households are connected to the Internet through smartphones, and only 11 percent have a computer with an Internet connection, while the situation in rural India is worse.