The Samjhauta Express, or the peace train, is a bi-weekly train that runs on Wednesday and Sunday between Delhi and Attari in India and Lahore in Pakistan. 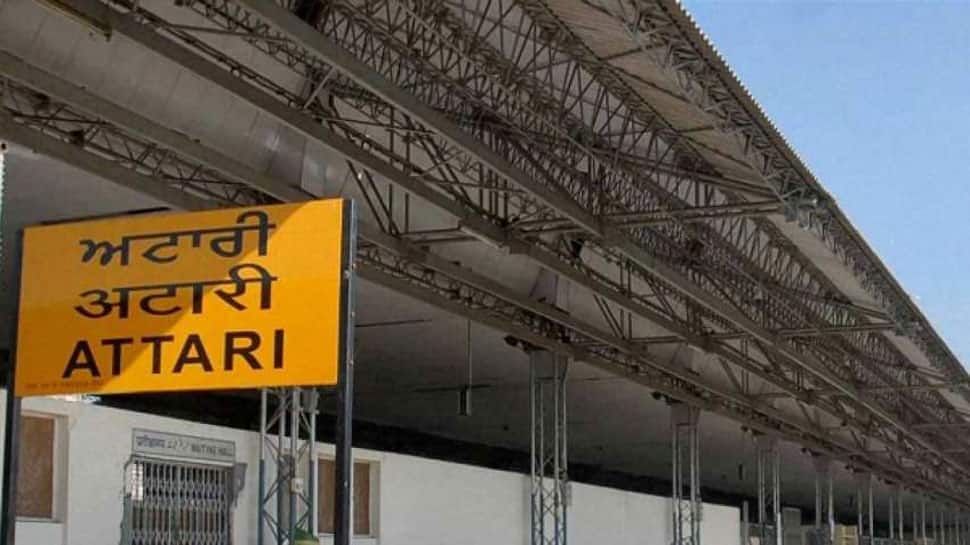 Manoj Kumar, Inspector, Railway Protection Force told ANI, "A total of 12 passengers are going. All of them are from Pakistan. We have taken more security measures than usual. The luggage of all passengers was checked by a dog squad."

A Pakistani couple- Naseemuddin and Ameena Begum- who are travelling from Delhi to Pakistan said they were unable to attend a family function for which they had come here, owing to heightened tension between India and Pakistan.

"We have been married for 36 years. Ameena is from Agra, while I am from Pakistan, although my parents belonged to Agra. We have come to meet our family. We had a visa till April 6 but we are forced to leave, she could not even meet her family properly. We have got orders to return immediately (to Pakistan). There was a wedding in our family, we could not attend that also. There is terrorism here and there, I think both the nations should discuss and put an end to terrorism," said Naseemuddin.

Another couple, Nadeem and Shahzadi, too voiced similar concerns. They claimed that it is only recently that problems have cropped up in procuring visas. "We were here for the last 22 days with our relatives. People here are nice. I urge both the governments to come up with measures so that the common people do not suffer. My wife is from India and we have been married since 1993 and since then we have come here 5-6 times. Initially, there was no problem in getting a visa, but off late there have been delays in the same," the couple said.

Meanwhile, Old Delhi Railway Station Senior Public Relations Officer RK Rana said, "The train was cancelled by Pakistan. It will reach Attari around 3 am. Last time 27 people travelled out of which three of them were Indians while the rest were Pakistani."

The Samjhauta Express, or the peace train, is a bi-weekly train that runs on Wednesday and Sunday between Delhi and Attari in India and Lahore in Pakistan. It comprises six sleeper coaches and an AC 3-tier coach.

Pakistani authorities had suspended the train services from their end on February 26, the day India carried out aerial strikes at a Jaish-e-Mohammad (JeM) terror camp in Balakot.

A day after the air strike, Jammu and Kashmir saw heightened military activity on February 27, with Pakistani jets violating the Indian air space and dropping some bombs in Rajouri sector after which one of their fighters was shot down.

India also claimed it foiled an attempt by Pakistan Air Force on Wednesday morning to carry out strikes in Jammu and Kashmir by shooting down an F-16 fighter plane.