The rally is being organised by the Arvind Kejriwal-led Aam Aadmi Party (AAP) at Jantar Mantar. 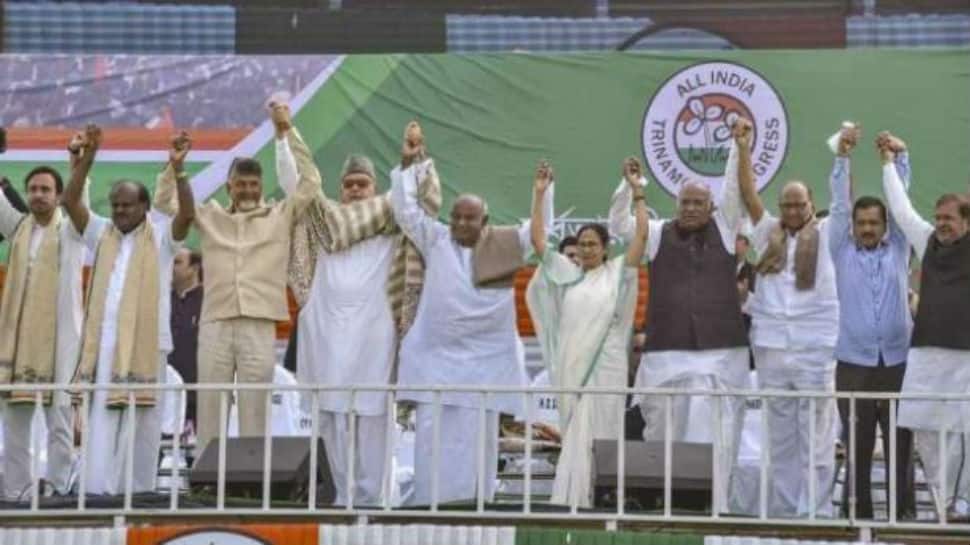 New Delhi: In yet another broadside against the BJP in the run-up to the Lok Sabha polls, opposition leaders are all set to meet at a mega rally at Jantar Mantar here on Wednesday and seek to corner the Modi government on various issues.

The rally is being organised by the Arvind Kejriwal-led Aam Aadmi Party (AAP), which is critical of the Bharatiya Janata Party (BJP) and its leaders, including Prime Minister Narendra Modi and its chief, Amit Shah.

Asked if Congress president Rahul Gandhi would also attend the rally, Rai said an invite was sent to him, adding that the AAP had invited all the opposition leaders who had gathered at a mega anti-BJP rally convened by Trinamool Congress (TMC) chief Banerjee in Kolkata last month.

Sources said with months to go for the general election, the rally would serve to bring the opposition leaders together in firming up a "Mahagathbandhan" (Grand Alliance) to challenge the BJP and its National Democratic Alliance (NDA) partners.

There were talks of an alliance between the AAP and the Congress for the Lok Sabha polls in the national capital, but the local leadership of the latter is believed to be against it.

The AAP and the Congress have been bitter rivals in Delhi and Punjab.