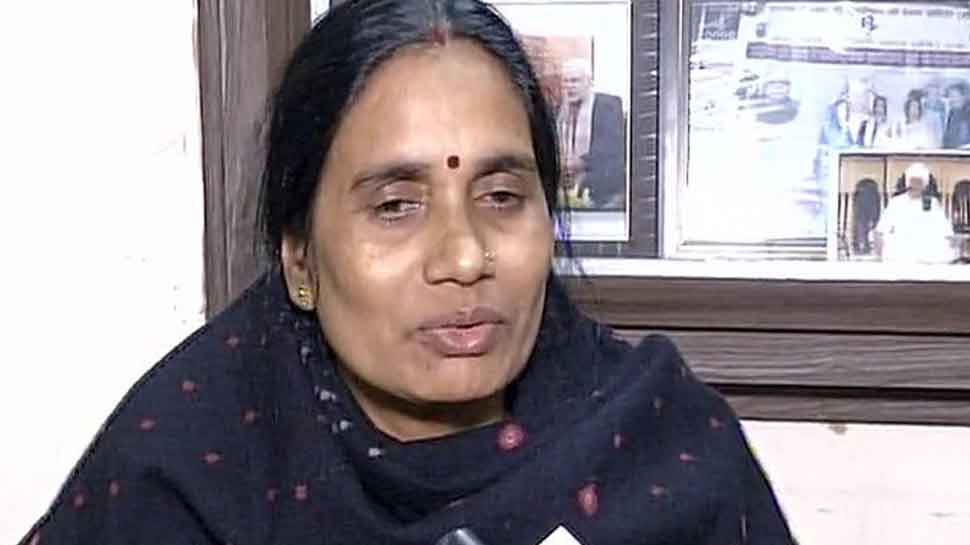 New Delhi: Parents of 'Nirbhaya' on Friday hailed the Telangana Police after four accused in the gang-rape and murder of a government veterinarian were killed in an encounter in Hyderabad. Talking to ANI, Nirbhaya’s mother Asha Devi said, “I would like to thank the police. I am very happy with the kind of punishment they have got. The police have set an example. The police have done a very good job.''

She added, ''There should be no action against the police. Criminals need to be scared of the police. We need this kind of punishment for criminals these days.”

Asha Devi also narrated her ordeal while appealing to the government to hang the accused in the rape of her daughter Nirbhaya at the earliest. She said, “I have been running from pillar to post for the last 7 years. I appeal to the justice system of this country and the government, that Nirbhaya’s culprits must be hanged to death, at the earliest.”

“Something has changed today with the action by the Telangana Police. I am very happy,” she added.

"It has been 10 days to the day my daughter died. I express my gratitude towards the police and government for this. My daughter`s soul must be at peace now," he said. "I am not going to get back my daughter but this will definitely send a strong message. This will instil fear and criminals will not dare to do what my daughter had to go through," said he added.

Confirming the development, VC Sajjanar, Cyberabad Police Commissioner, said, "The accused were killed in a police encounter at Chatanpally, Shadnagar today in the wee hours, between 3 am and 6 am."

Meanwhile, local residents of Hyderabad hailed the policemen after the four accused were killed in an encounter earlier this morning. According to reports, a large number of locals gathered at the encounter site and shouted ''Hyderabad Police Zindabad'' and ''Telangana Police Zindabad.''

The veterinarian, in her mid-20s, was allegedly gang-raped and charred to death by two truck drivers and two cleaners near a toll plaza on Outer Ring Road (ORR) in Shamshabad on the night of November 27. The charred body of the victim was found on November 28. A day later, the Cyberabad Police arrested the four accused, who allegedly trapped the victim by deflating a tyre of her two-wheeler parked near the toll plaza. All the accused hailed from Narayanpet district of Telangana.

Amid the massive outrage, Telangana Chief Minister K Chandrashekar Rao instructed the setting up of a fast track court to deal with the case and had promised stringent punishment for the perpetrators of the ghastly crime. Last week, three cops were suspended over alleged negligence in filing the FIR in connection with the rape and murder of the veterinarian.