Akash, son of senior BJP leader Kailash Vijayvargiya, had been granted bail by a Special Court in Bhopal. 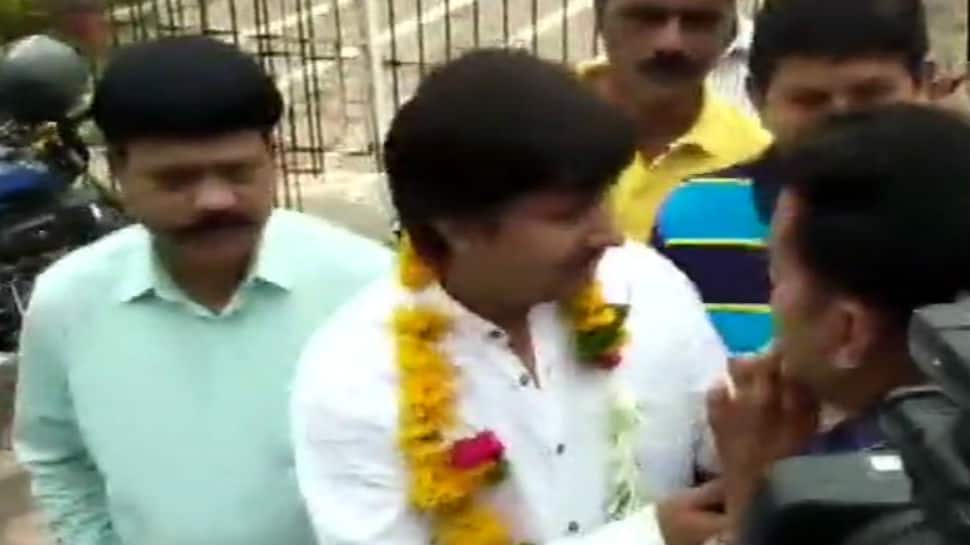 Akash Vijayvargiya was greeted cheerfully by his supporters as he made his way out of jail. Some of the supporters even garlanded and offered sweets to the BJP MLA who had been granted bail after his arrest for thrashing a civic official with a cricket bat in Indore.

Akash, son of senior BJP leader Kailash Vijayvargiya, was granted bail by a Special Court in Bhopal on Saturday. This after he had been arrested for assaulting municipal officer Dhirendra Singh Bais (46) with a cricket bat in full public view earlier in the week. While he had claimed that the official was illegally attempting to carry on an anti-encroachment drive, Akash had also been unrepentant and unapologetic for adopting violent measures. "In a situation where a woman was being dragged in front of the police, I couldn't think of anything else," he told Zee News after walking out of jail. "I am not embarrassed by what I did. But I pray to God 'ki vo dobara ballebazi karne ka avsar na de (that I am not given the chance to bat again)."

Madhya Pradesh: Celebratory firing outside BJP MLA Akash Vijayvargiya's office in Indore after he got bail in an assault case. (29-06) pic.twitter.com/d1j2d03hLY

Akash also said that he would now adopt Gandhian principles when registering his protest. He also said that he was satisfied with the facilities in jail and that he spent time inside prison by worshipping in front of a Shiv temple in the premises.

Akash was also arrested in another case related to leading a protest without permission against power cuts in the state. He was granted bail in this case as well.

While in jail, supporters of Akash had created chaos - some even threatening self-immolation if their leader was not released. One of the supporters, Gaurav Sharma, had poured kerosene on himself and had accused the state government under Congress for being high-handed. He had also said that the Akash's arrest is unjustified and illegal.

Meanwhile, the incident of Akash assaulting the civic official was caught on camera and has caused major embarrassment to the BJP, regardless of the justification given by the MLA and his supporters.