Massive security arrangements have once again been put in place for the safety and convenience of pilgrims on the two routes leading to the shrine. 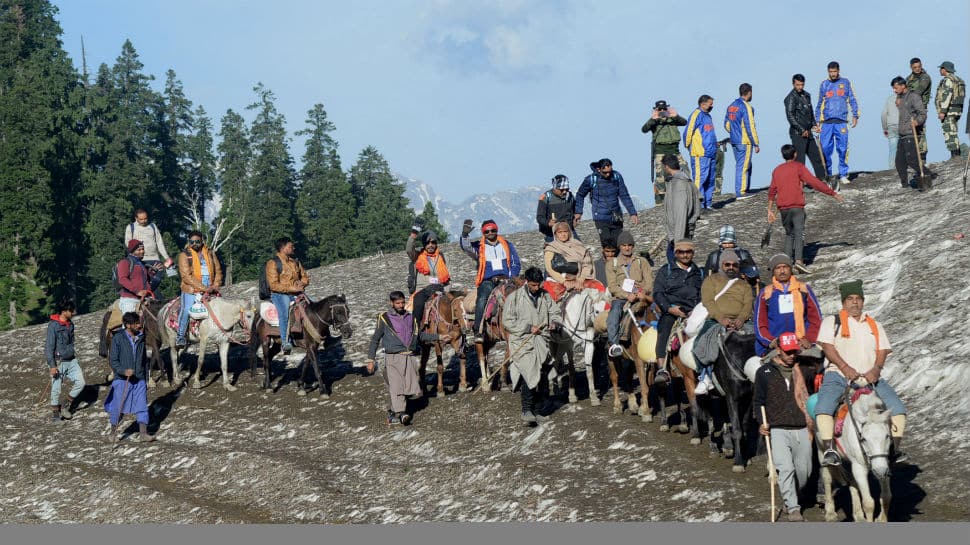 Jammu: Over 1.90 lakh pilgrims performed the ongoing Amarnath Yatra in 15 days as another batch of 3,967 yatris left Jammu for the Valley on Tuesday.

Officials of Shri Amarnathji Shrine Board (SASB), which manages the affairs of the annual Hindu pilgrimage to the Cave shrine, said since it started on July 1 this year, 1,93,545 pilgrims had darshan inside the Cave shrine over the past 15 days.

Situated 3,888 metres above the sea-level in Kashmir Himalayas, the Cave shrine houses an ice stalagmite structure that symbolises mythical powers of Lord Shiva.

The ice structure waxes and wanes with the phases of the moon.

Those using the Baltal route return to the base camp the same day after performing the Yatra.

Helicopter services are available for the pilgrims at both the base camps.

Local Muslims are lending a helping hand to ensure that their Hindu brethren can perform the Yatra with ease and convenience to uphold the centuries old tradition of Kashmir, abode of saints and Sufis.

So far, 16 pilgrims have died during the Yatra due to natural causes, according to the officials of the SASB.

This year`s Amarnath Yatra will conclude on August 15 coinciding with the Shravan Purnima festival.