Over 200 people rescued on Manali-Leh road amidst heavy snowfall

The people got stranded in the area due to the continuos snowfall in the state from last two days. It was reported that over 150 vehicles including many army vehicles were left stranded on Rohtang Pass. 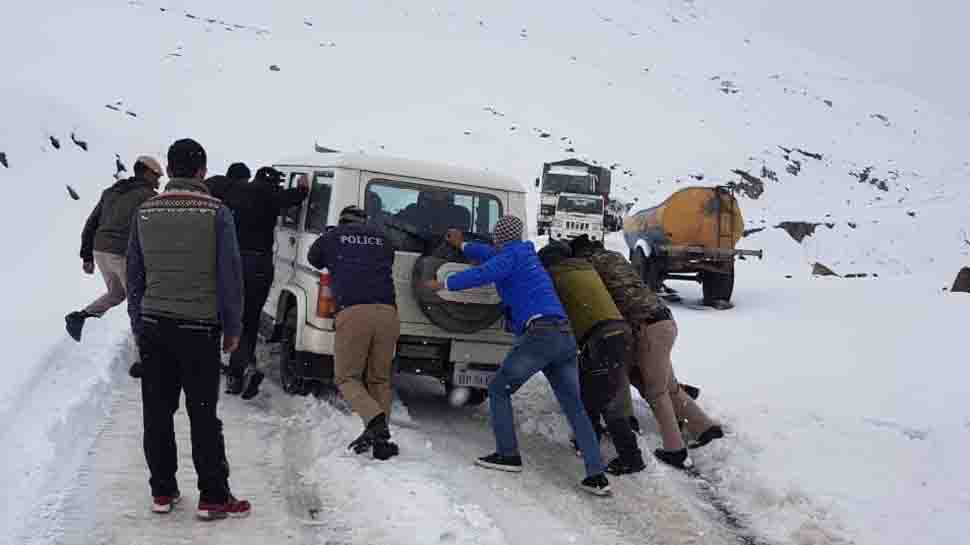 The people got stranded in the area due to the continuos snowfall in the state from last two days. It was reported that over 150 vehicles including many army vehicles were left stranded on Rohtang Pass.

The well equipped 'Team raptors' volunteers and the police personnel helped the police to pave way for vehicles by shovelling off the snow from the tracks. 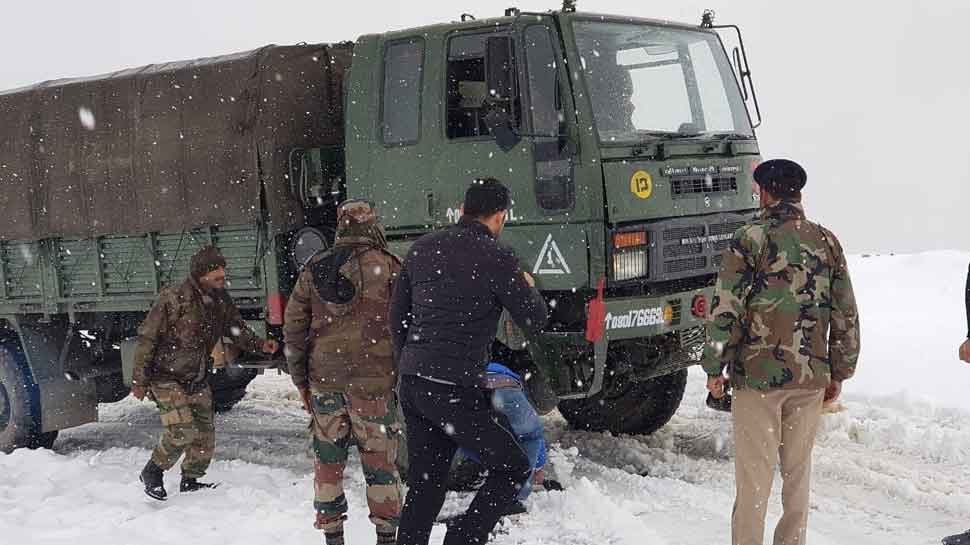 The traffic movement in the entire state is disrupted due to the untimely snowfall. Buses plying on the Keylong-Manali route was stopped yesterday. The administration has also warned people not to cross Rohtang Pass to avoid any kind of mishappening.

"Today Rohtang pass has received six inches of snow and consequently some Himachal Road Transport Corporation (HRTC) buses are stuck in it. Anyone planning to move to Lahaul Spiti and Ladakh should postpone their plans till the situation attains normalcy. All the passengers have been evacuated and traffic has been regulated so as not to create any chaos at the Rohtang top," said Sub Divisional Magistrate (SDM) Manali, Raman Garsanghi while speaking to media.

According to the latest prediction of India Meteorological Department (IMD) the state will continue to receive light rainfall in the next 24 hrs and isolated places over Gangetic West Bengal, Odisha, Arunachal Pradesh and Assam are also likely to receive heavy rainfall today.