A police official said that a state roadway bus and several vehicles were buried in the landslide that occurred over on a larger stretch on the highway near Nigulsari, 61 km from Reckong Peo, the district headquarters of Kinnaur. 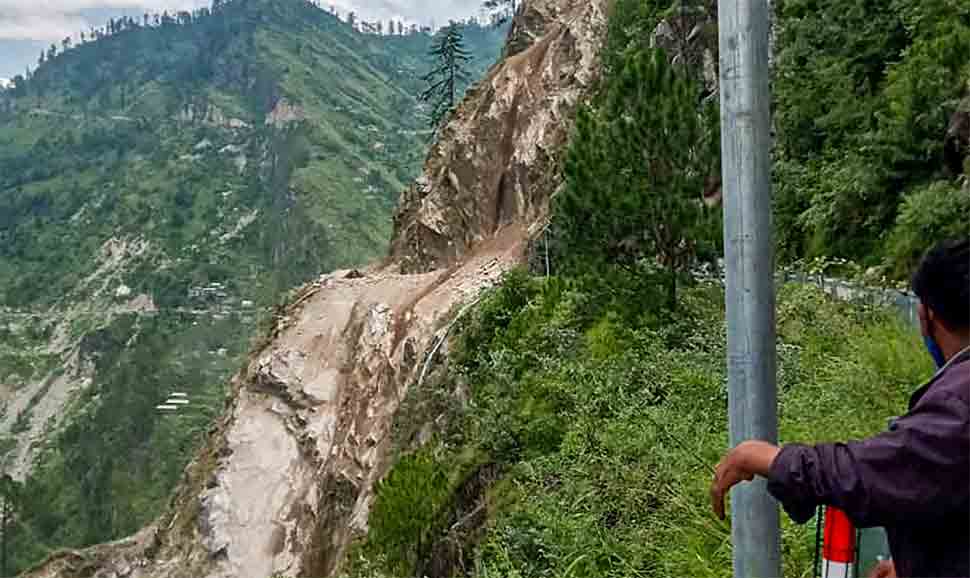 New Delhi: Two persons were killed and more than 40 people are feared buried under the debris caused due to a major landslide on National Highway 5 in Himachal Pradesh's remote Kinnaur district on Wednesday (August 11). Several vehicles, including a Himachal Road Transport Corporation (HRTC) bus carrying over 40 passengers, are buried under the debris.

A police official told PTI that a state roadway bus and several vehicles were buried in the landslide that occurred over on a larger stretch on the highway near Nigulsari, 61 km from Reckong Peo, the district headquarters of Kinnaur.

Prime Minister Narendra Modi also spoke to Himachal CM Jairam Thakur over the incident. "PM @narendramodi spoke to Himachal Pradesh CM @jairamthakurbjp regarding the situation in the wake of the landslide in Kinnaur. PM assured all possible support in the ongoing rescue operations," the Prime Minister's Office (PMO) said.

Union Home Minister Amit Shah also dialled Himachal Pradesh CM Jairam Thakur and took stock of the situation arising due to a landslide. Shah spoke to the CM Thakur to inquire about the landslide in the state, an official from the ministry said. He assured him of all possible help from the central government to deal with the situation. The Home Minister also directed the Indo Tibetan Border Police (ITBP) to provide all assistance to the Himachal Pradesh government in rescue and relief operations.

CM Thakur told the assembly that a Himachal Road Transport Corporation (HRTC) bus and several other vehicles were buried under the  debris. He said the driver and the conductor were rescued with injuries and were not in a position to tell the exact number of the passengers who were on the bus.

Lok Sabaha Monsoon session: Productivity only 22%, the Lower House functioned for little over 21 hours out of 96 fixed hours