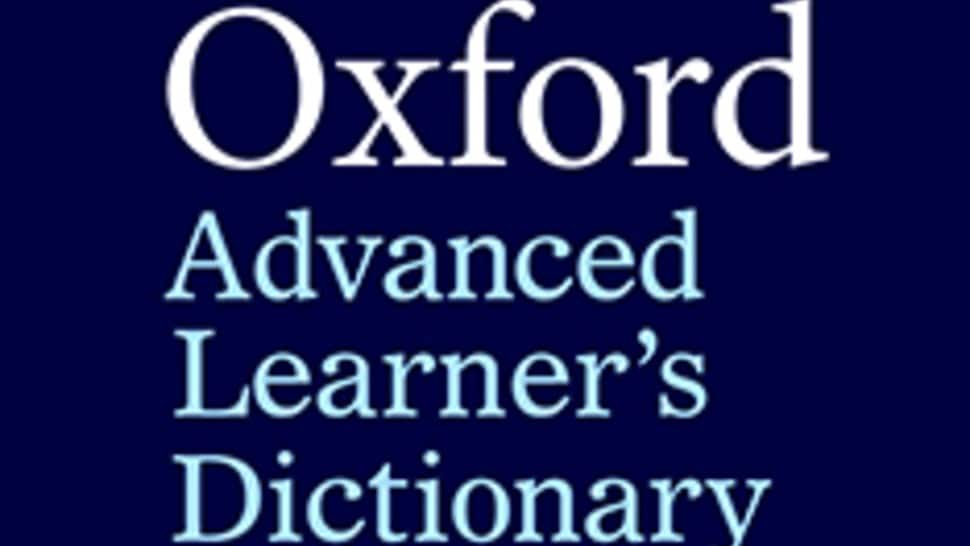 According to Oxford University Press (OUP), the focus of the dictionary is on language change and its evolution through the years. The new edition of Oxford Advanced Learner's Dictionary has ensured that the language and examples used are relevant and up to date with the times.

The new edition comes with interactive online support through the Oxford Learner's Dictionaries website and an app. The website includes advanced features such as audio-video tutorials, video walkthroughs, self-study activities and enhanced iWriter and iSpeaker tools. "This edition has 26 new Indian English words of which 22 figure in the printed dictionary. The other four are in the digital version," said Fathima Dada, Managing Director (Education Division) at OUP.

Some of other new Indian words in the dictionary are auntie (while aunty already figures in the English dictionary, auntie is an Indianism), bus stand, deemed university, FIR, non-veg, redressal, tempo, tube light, veg and videograph. The four new Indian English words in the online version of the dictionary are current (for electricity), looter, looting and upazila (one of the areas that a district is divided into for administration purposes).

According to OUP, the new edition provides better, more accurate and understandable definitions with examples, usage notes and additional resources to help the learner use the right word in the right context. "Prevalence and common usage are the main criteria for enlisting new words. We scan the globe for words which are often used by people while speaking English. Then these words go through a rigorous testing process," Dada said.

"As OUP is the custodian of English language globally, these words have to go through its processes," she said. The Oxford Advanced Learner's Dictionary, she said, has been reinventing itself for nearly eight decades, anticipating the growing learning requirements of learners. "The 10th edition also is equipped with a strong digital support system, including an app," she said.

It is equipped with several digital tools. With iSpeaker, learners can get help preparing for speaking exams and presentations. With iWriter, learners can plan, write and review their written work. Text Checker allows the teacher to check any text against the Oxford 3000, 5000, and OPAL (Oxford Phrasal Academic Lexicon) written word list. Resources accessible through online premium access include lesson plans, worksheets, video walkthroughs, and classroom and self-study activities. With the OALD app one can find 86,000 words, 95,000 phrases, 112,000 meanings and 237,000 examples.

The dictionary, which spans 77 years, was originally published in Japan in 1942 and was first brought out by OUP in 1948. The learner's dictionary is based on the original values of its creator, Albert Sydney Hornby, whose aim was to help language learners worldwide understand the meaning of English words.