Reacting to the announcement, former ISRO Scientist, Nambi Narayanan said he was glad that his work in the Indian space arena was finally recognised. 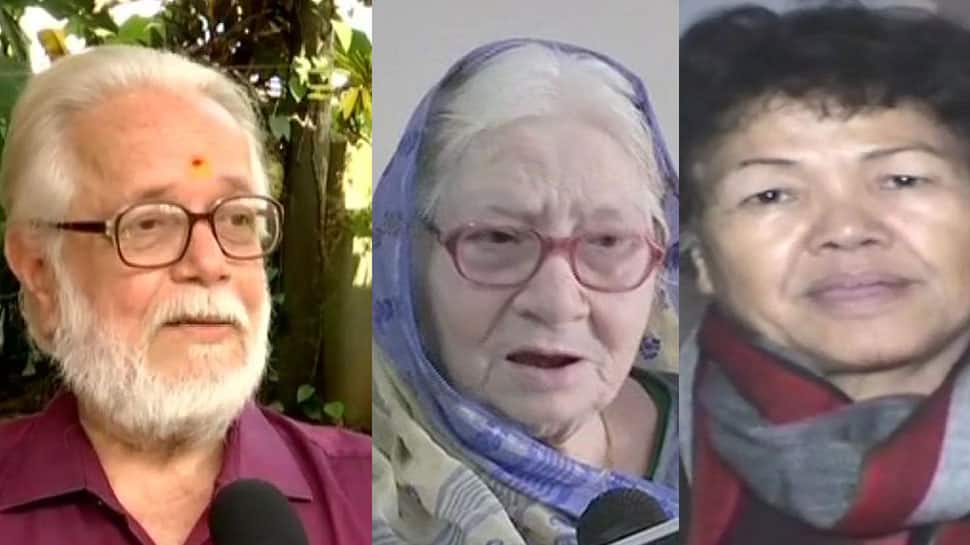 A day after the Padma awards was announced, awardees on Saturday from across the nation and all segments of society expressed their happiness on the honour bestowed upon them.

Reacting to the announcement, former ISRO Scientist, Nambi Narayanan said he was glad that his work in the Indian space arena was finally recognised.

From being a celebrated ISRO scientist to being branded a 'spy' and finally awarded with the Padma Bhushan, Narayanan said, "My name became famous because of 'spying' charges. Now I am glad that my contribution has been recognised by the government". Narayanan (77) was awarded the prestigious Padma award this Republic Day.

The former scientist had played a critical role in the development of Polar Satellite Launch Vehicle (PSLV), Geosynchronous Satellite Launch Vehicle and in the initial phase of making cryogenic engines. He, however, was embroiled in an espionage case in 1994. The case pertained to allegations of transfer of certain confidential documents on India's space programme to foreign countries by two scientists and four others, including two Maldivian women.

Mountaineer Bachendri Pal said she was shocked and surprised at the news. She thanked Prime Minister Narendra Modi-led government and dedicated the award to her parents. "I was really shocked, it was a surprise for me as well. I want to thank Modi govt. I haven’t ever applied for any award. I would like to dedicate this award to my parents."

Reacting to the award, Mithila painting artist Godawari Dutta said, "I am delighted. It is a proud moment for my state. This will encourage the younger generation."

Social worker Rajani Kant said, "I'm grateful that the government nominated me for Padma Shri. It strengthens the belief that the system is transparent, as someone like me, who never even thought of the award is getting it."