Delhi Police has registered an FIR in view of threats to senior advocate Harish Salve's life from Karni Sena. 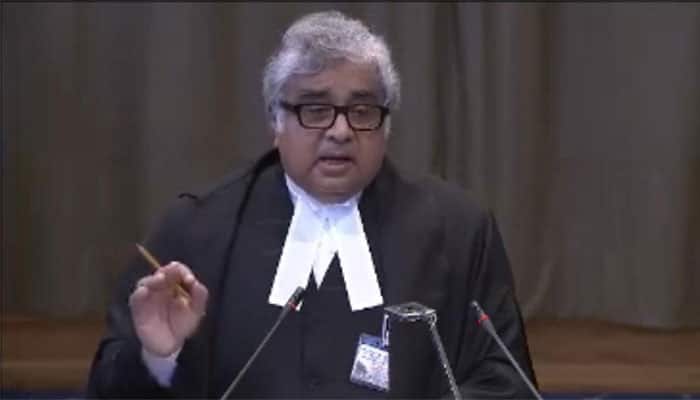 New Delhi: Senior advocate Harish Salve, who represented the producers of controversial film 'Padmaavat' in the Supreme Court, has allegedly received threats from the Sri Rajput Karni Sena, which is leading the protests against Sanjay Leela Bhansali's latest directorial venture.

According to reports, the members of the Rajput Karni Sena have threatened Salve of dire consequences. The callers reportedly claimed that they were from Karni Sena, the group which is protesting against the release of the epic drama.

Karni Sena has spearheaded protests against the Bhansali-directed movie - 'Padmaavat' since its shooting and has also tried to block its release.

In view of the threat to the senior advocate's life, Delhi Police has tightened security at Salve's office and residence.

Earlier on Thursday, the apex court stayed notifications issued by four states - Madhya Pradesh, Haryana, Rajasthan and Gujarat - to ban the release of the film 'Padmaavat'.

In its interim order, the court said all states are constitutionally obliged to maintain law and order and prevent any untoward incident during the screening of the film after permission has been granted by the Central Board of Film Certification (CBFC).

The flick has run into trouble time and again, as members of several Rajput factions have accused Bhansali of distorting history.

Starring Deepika Padukone, Ranveer Singh and Shahid Kapoor in lead roles, the film is all set to release on January 25.

Meanwhile, in a related development, the co-producers of 'Padmaavat' and 'PadMan' held a joint press conference on Friday to announce that the latter's release has been postponed to avoid a ''clash of titans'' at the box office.

'Padmaavat' and the Akshay Kumar-starrer 'PadMan' were scheduled to release together on January 25 earlier.

Bhansali and Akshay Kumar held a joint press conference in Mumbai where the two addressed the media about their decision to postpone PadMan's release after serious deliberations.

'Akki' informed the press that it was necessary for Padmaavat to get a solo release on that date so after a lot of discussions, they mutually decided to postpone 'PadMan's' release to February 9, 2018.