The Indian Army on Wednesday also issued a stern warning to Pakistan against targeting civilians along the LoC, saying any further provocation or misadventure by it will have "dire consequences". 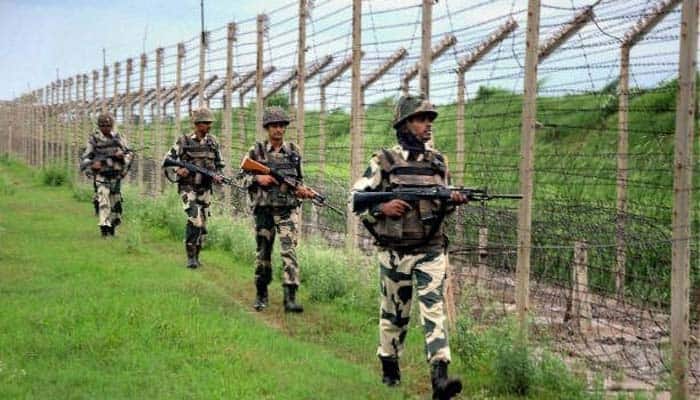 NEW DELHI: Amid heightened Indo-Pak tension, sources in the security establishment on Wednesday said that Pakistan has mobilised additional troops and military equipment from its frontier with Afghanistan to forward positions in several sensitive sectors along the LoC in Kashmir.

The Indian Army on Wednesday also issued a stern warning to Pakistan against targeting civilians along the LoC, saying any further provocation or misadventure by it will have "dire consequences".

Official sources said the warning came after Pakistan targeted forward posts in Nowshera sector with 155 mm artillery guns which was retaliated by the Indian Army with Bofors guns.

Sources said the military officials of the two armies spoke over the hotline on Tuesday during which India had asked Pakistani side not to target civilian population along the LoC.

"Post our warning to the Pakistan Army not to target civilian areas, the overall situation along the Line of Control remains relatively calm," the Army said in a statement while reiterating the warning on Wednesday about attacks on civilians.

According to the statement, the Pakistan Army resorted to intense and unprovoked firing with heavy caliber weapons in selected areas of Krishna Ghati and Sunderbani, targeting Indian posts and civilian areas with mortar bombs and heavy guns.

"The same was effectively retaliated by the Indian Army. There have been no casualties on the Indian side," it said.

A strict vigil is being maintained along the LoC and the international border and any further "provocation or misadventure by Pakistan will be responded in a befitting manner with dire consequences," the statement added.

Sources also post-Balakot strike, Pakistani side has mobilised additional troops and military equipment from its borders with Afghanistan to forward positions in several sensitive sectors along the LoC.

Pakistan retaliated by attempting to target Indian military installations on February 27. However, the IAF thwarted their plans.