Pakistan - a DNA of terrorism: India's reply over false propaganda on Kashmir at UNESCO

India on Thursday gave a befitting reply to Pakistan over its false claims and propaganda on Jammu and Kashmir, saying the cash-strapped nation itself is "a DNA of terrorism". 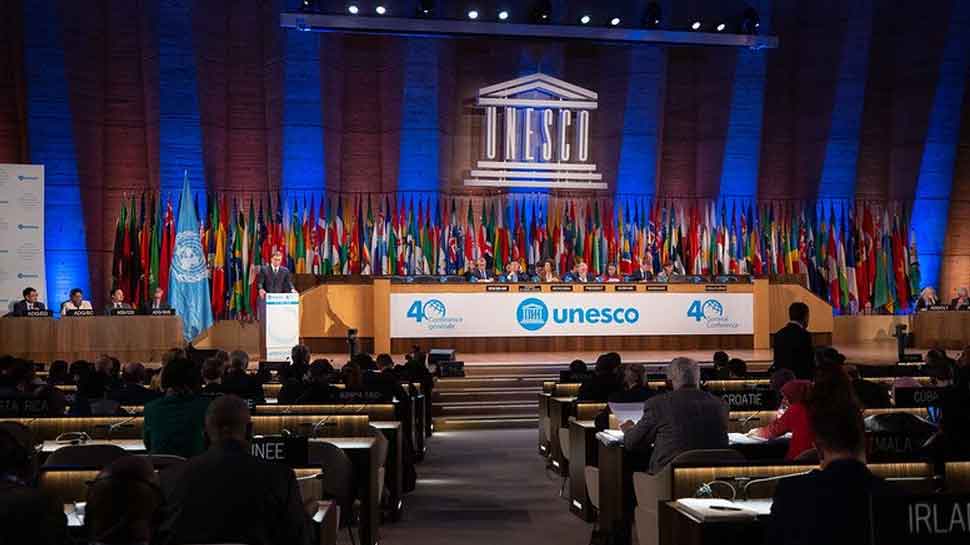 Paris: India on Thursday gave a befitting reply to Pakistan over its false claims and propaganda on Jammu and Kashmir, saying the cash-strapped nation itself is "a DNA of terrorism".

"Pakistan`s neurotic behaviour has resulted in its decline to a nearly failed state with its weak economy, radicalised society and deep-rooted DNA of terrorism," Ananya Agarwal, who led the Indian delegation to the UNESCO General Conference being held in Paris.

"We condemn Pakistan`s disappointing misuse of UNESCO to spew venom against India and politicise it," she added.

Agarwal noted that Pakistan, in 2018, ranked 14th on the fragile state index. Pakistan is home to all shades of darkness; from extremist ideologies and darker powers of radicalisation to the darkest manifestations of terrorism, she told the panel.

Exposing Pakistan further on the grounds of spreading and breeding terrorism, Agarwal said that Pakistan is a country, whose leader uses the UN platform to openly preach nuclear war and issue a call to use arms against other nations, referring to Prime Minister Imran Khan`s remarks at the UN General Assembly session in September whereby the leader had warned India that if it if there`s face-off between two nuclear-armed neighbours, the consequences would be far beyond their borders.

"Would this gathering believe if I told them that one of Pakistan`s former president`s Gen Pervez Musharraf recently called terrorists such as Osama Bin laden and Haqqani network as Pakistan`s heroes," she questioned the panel.

Agarwal stated that Pakistan has been engaging into such diabolic rhetoric to malign India in front of the international community irrespective of the deplorable conditions of human rights suffered by the minority community on its own soil.

"From 1947, when the minorities formed 23 per cent of Pakistan`s population they have now dwindled to make nearly 3 per cent. It has subjected Christians, Sikhs, Ahmadiyya, Hindus, Shias, Pashtuns, Sindhis and Balochis to draconian blasphemy laws, blatant abuse and forced conversions. The gender-based crimes against women include including honour killings, acid attacks forced conversions, forced marriages and child marriages remain a severe problem in Pakistan today," she said.

Agarwal said that India strongly rejects the fabricated falsehoods peddled by Pakistan in its statement overflowing with hypocrisy to hide its own pathetic and pitiable records as a nation including its own treatment of minorities, the spread of hate speech and glorification of terrorism.

In her concluding remarks, the panellist hoped that the UNESCO membership would come together to reject such a gross misuse of the platform by any member nation.

Pakistan has been building an industry out of terror, living in denial: S Jaishankar