The pro-Khalistan group had planned that they would burn the Indian flag during the protest. 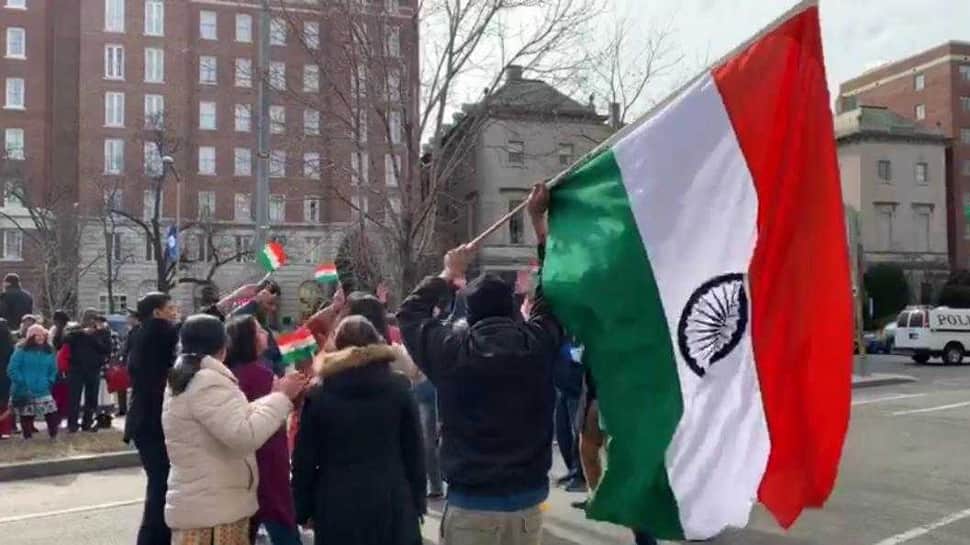 NEW DELHI: Pro Khalistani rally by Sikh For Justice (SFJ) fizzled out in Washington on Saturday with pro-India groups staging a major counter-rally. Eyewitnesses from Washington said that the demonstration by SFJ outside the Indian Embassy was attended by a group of mere 15-20 people. They were outnumbered by a large number of Indians who chanted patriotic slogans and waved the national flag.

The pro-Khalistan group had planned that they would be burning the Indian flag during the protest. It is being said that most of the demonstrators were Pakistanis and not Sikhs which hints at the involvement of Islamabad to stir up trouble.

Eyewitnesses claim that no flags were burnt at the event and the pictures uploaded on the website of SFJ is just to cover up the flop show. Due to the campaign, the Twitter accounts of @sikhsforjustice, @SFJ_Lawyer have been suspended for violating rules.

Meanwhile, India's new ambassador to United States Harsh Shringla unfurled the national flag at the Indian mission in Washington on Saturday. The Indian community was present in full force at the ceremony.

Earlier, major Sikh, Hindu organisations in the United States had condemned the plans to burn the Tricolour in Washington. The Sikhs of America Inc. "condemned and denounced" in the "strongest terms the planned burning of the Indian flag" on Republic day.

In a release, they said, "Sikhs reside and have businesses not only all over India but also boast a global presence. Such theatrical protests like Flag burning are detrimental to the peace-loving and harmony enhancing Sikh community".

It added, "Sikhs have achieved a lot recently through dialogue with the Indian government, solving some of the key issues that were faced by the Sikhs for decades."

The American Hindu Coalition (AHC) had also expressed "deep dismay" at the statements made by "Sikhs for Justice" to burn the national flag. The AHC had in a release said, "The intent of flag burning is an immense affront to the largest democracy on the earth" and causes "huge grief to the American Hindus". It had even urged Sikhs for Justice to stop this act.

Yoga guru Ramdev demands Bharat Ratna for 'sanyasis', says no seer chosen for the award in past 70 years