According to the intelligence inputs, three JeM operatives have been positioned in terror launch pads in the Nezapir sector of PoK, opposite the Indian post of Shahpur sector in Poonch. 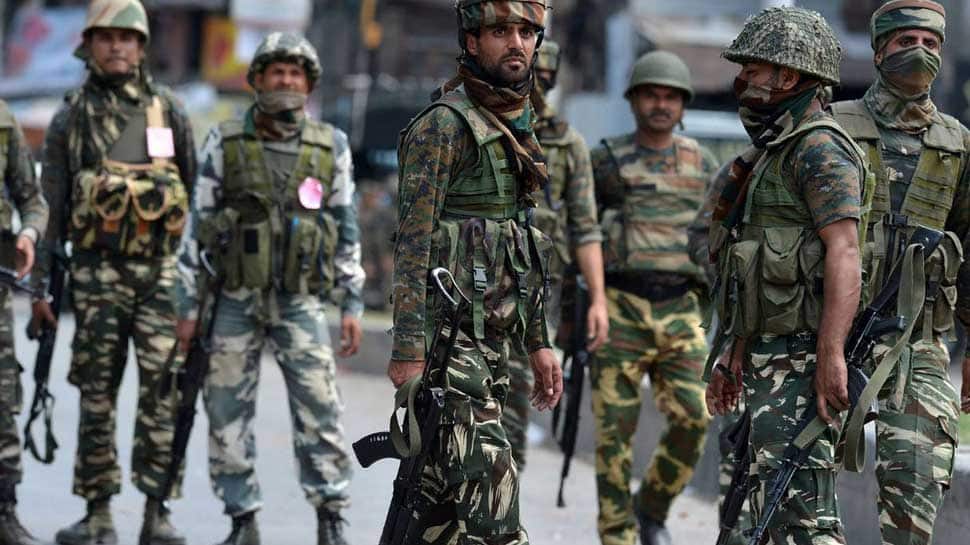 JAMMU: Latest inputs gathered by the Indian intelligence agencies have suggested that Pakistan-based terror outfits like Jaish-e-Mohammad (JeM) and Lashkar-e-Toiba (LeT) are planning multiple infiltration bids near the Line of Control (LoC). Intelligence report suggests that trained JeM cadres have assembled in Muzaffarabad and waiting to slip into the Indian side at an opportune time with the help of Pakistan's Border Action Team.

An earlier tranche of intelligence briefs also informed authorities that Ibrahim Azhar, JeM chief Masood Azhar`s brother, had resurfaced in PoK and has been tasked to oversee operations of the banned terrorist organisation.

The appearance of a high-ranked JeM operative has triggered warnings that a major terror attack was imminent which further resulted in an escalation of te Indian troops in the Kashmir Valley.

Reports of Ibrahim Azhar resurfacing in PoK came alongside further intercepts that confirmed that a group of 15 highly trained JeM cadres had reached its camps in Markaz, Sanan Bin Salma, Tarnab Farm, Peshawar and Khyber Pakhtunkhwa after completing their 'Askari' training camps in the Jamrud area of Khyber Pakhtunkhwa in Pakistan.

The 'Askari' training is part of JeM`s fundamental 'Literature and Weaponry' course imparted to its cadres.

It is believed that all 15 of these terrorists are being prepared for infiltration in Jammu and Kashmir.

According to the intelligence inputs, three JeM operatives have been positioned in terror launch pads in the Nezapir sector of PoK, opposite the Indian post of Shahpur sector in Poonch.

This group had the direct operational backing of Pakistan's Special Service Group (SSG) commandos deployed in this area and had planned to conduct a BAT (Border Action Team) operation against Indian troops along forwards posts of Barood, Sher, Shakti and Kaiyaan.

The report also suggested that an IED attack was being planned on convoys of security forces along the Srinagar-Baramulla-Uri National highway in the near future, with materials to fabricate the IED already smuggled into the Valley.

The warning from the intelligence agencies comes at a time when the J&K Government has issued an advisory asking the tourists and pilgrims to curtail their Amarnath pilgrimage and leave the state immediately.

The advisory was issued following a series of intelligence inputs received by the security agencies, which warned of multiple terror attacks by Pakistan based Jaish-e-Mohammad.

These plots were in their final stages of planning before crucial intelligence inputs were received by the Indian security establishment that resulted in the quick mobilisation of troops for counter-insurgency operations.

On Friday evening and early on Saturday, leaders across the political spectrum in Kashmir met with Governor Satyapal Malik to raise their concerns of mass hysteria in the state over the recent troop induction.

The Governor informed the delegations, which included PDP chief Mehbooba Mufti and National Conference`s Omar Abdullah, that immediate action was required to deal with the security situation in the state.

The Governor informed the delegations that the Amarnath Yatra was a target and going by the lethality of the weapons recovered from neutralized terrorists and constant shelling from Pakistan on the border, counter-insurgency operations had to be escalated.

Governor Malik also requested political leaders to ask their supporters to maintain calm and not believe in exaggerated and unfounded rumours that had begun circulating on social media.