Replying to a question, the Pakistan foreign minister clearly said that JeM has not claimed responsibility of the Pulwama attack. 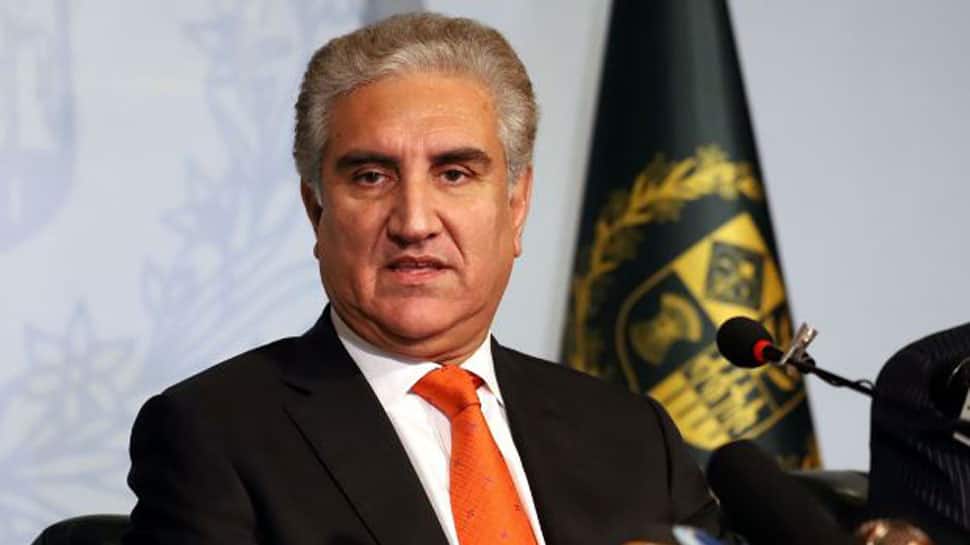 New Delhi: Pakistan foreign minister Shah Mahmood Qureshi, yet again, defended for Jaish-e-Mohammed, claiming that the terror outfit is not responsible for the ghastly Pulwama terror attack. Notably, JeM had claimed responsibility soon after the attack took place on February 14.

In an interview to BBC, Qureshi said that the crisis between the two neighbouring countries would not have taken place, had India listened to what Pakistan was saying. He said that Pakistan will act upon terrorism only if India provides evidence to them. He added, "We said we're willing to co-operate, let's sit and talk. That's the only sensible way forward."

He said that the Imran Khan-led new government in Pakistan has a new mindset, a new approach. He added, "We will not allow Pakistani soil to be used by any group or organisation for terrorist activity against anyone including India."

Replying to the question on JeM chief Masood Azhar's arrest, Qureshi repeated himself saying that Pakistan wants evidence against any suspected individuals or organisations so that it can stand in a court of law and take actions following a legal process.

The Pakistani minister's interview was conducted on a day when the entire nation was awaiting the arrival of IAF's Wing Commander Abhinandan Varthaman, who was captured by Pakistani authorities on February 27 after an air combat between the air forces of the two countries.

Tensions between the two countries escalated after Indian fighters bombed terror group Jaish-e-Mohammed's biggest training camp near Balakot deep inside Pakistan early on Tuesday. It came 11 days after the JeM claimed responsibility for a suicide attack on a CRPF convoy in Kashmir, killing 40 soldiers.