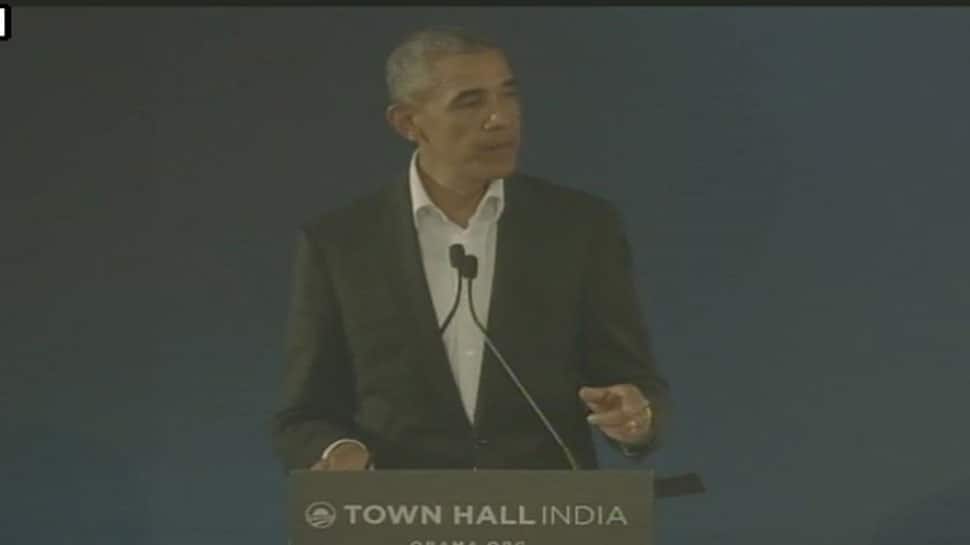 NEW DELHI: Former US president Barack Obama said on Friday that Pakistan did not know the whereabouts of the then Al Qaeda chief Osama Bin Laden.

Obama also said that Washington had faced a "consistent problem" while dealing with Pakistan. However, Islamabad had also been "in many ways a partner in fighting against certain terrorist outfits."

"(But) There are some elements that sometimes have not been good partners with us," Obama reportedly told a journalist at the Hindustan Times Leadership Summit here.

Osama Bin Laden was killed by the US Army in a pre-dawn attack on his hideout in Abbottabad in Pakistan in 2011. Obama was in his second term as US President at the time.

The former US President also admitted that connections made between "explicit terrorist organizations based in Pakistan and elements that are connected to various more official entities inside of Pakistan" have been a "source of frustration".

Obama has been in the country for a town hall here hosted by the Obama Foundation, the foundation that he and his wife, former First Lady Michelle Obama, run. On Friday afternoon, he interacted with around 280 young leaders from across India on their role in improving communities and on how his Foundation could help in the future.

Earlier in the day, he also met Prime Minister Narendra Modi. Both leaders have shared a close bond and have previously met on several occasions in both the US and in India.

The two world leaders met eight times between September 2014 and September 2016. His last visit to India was in January 2015 when he became the first US President to take part as the chief guest in the Republic Day celebrations.