Pakistan has been building an industry out of terror, living in denial: S Jaishankar

EAM S Jaishankar said that in the last five years, a different normal has developed and global conversations on cross-border terrorism have become more serious. 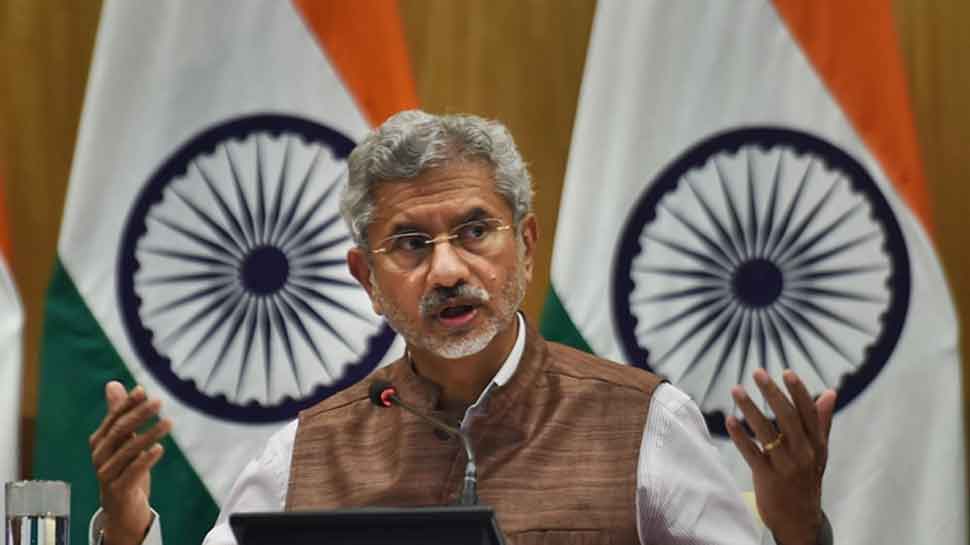 New Delhi: Pakistan has been building an "industry out of terrorism" and holding their feet to the fire on this issue is very important, External Affairs Minister S Jaishankar said on Thursday, noting that India has allowed the narrative to focus mainly on a dialogue when the real issue was stopping cross-border terrorism.

Jaishankar, who delivered the Ramnath Goenka memorial lecture here and later took part in a question-answer session, spoke on a wide range of issues including China, Regional Comprehensive Economic Partnership (RCEP), abrogation of Article 370 and National Register of Citizens.

He said the industry of terror has been built to put pressure on India and there is no point living in denial.

"Who doesn`t want a good relationship but at the end of the day...the reality (is) that this neighbour has built an industry of terror to put pressure on us. There`s no point living in denial because when you live in denial, they will only increase it. I think holding their feet to the fire on this issue is very important because without that you`re not going to get change. That fact is that we had allowed the narrative to focus mainly on a dialogue when the real issue was stopping cross-border terrorism," he said.

The minister said that in the last five years, however, a different norm has developed and global conversations on cross-border terrorism have become more serious.

"Just look at the FATF (Financial Action Task Force) as a proof of that assertion," Jaishankar said. In his speech, he said the Simla agreement of 1972 resulted in a "revanchist" Pakistan continuing problems in Jammu and Kashmir. Jaishankar said "lack of response" after Mumbai terror attacks in 2008 was so different from response after the Uri and Balakot operations and noted that various events bear scrutiny for the lessons they hold.

Jaishankar said India`s record includes "dark moments" like the 1962 defeat against China or "tense ones" like the 1965 war with Pakistan.

"There are enough dichotomies in our past to generate a spirited debate on successes and failures...Two decades of nuclear indecision ended dramatically with the tests of 1998. The lack of response to 26/11 is so different from the Uri and Balakot operations. Whether it is events or trends, they all bear scrutiny for the lessons they hold," he said.

On being asked whether narrative about India is changing after the abrogation of Article 370 and NRC implementation in Assam, Jaishankar said, "It is a matter of ideological debate and liberal fundamentalism at work."

"My reputation is not decided by a newspaper in New York," he remarked over criticism of the Indian government`s move made by foreign media.

On being asked about the economic slowdown in India, Jaishankar said, "We shouldn`t be so faint-hearted. The two-quarter slowdown doesn`t mean the world is coming to an end. We have been through that before."

Jaishankar asserted that nationalism has led to "greater internationalism"."Putting `India First` may be another way of capturing a strong and pragmatic policy outlook. This suffers from a comparison with other nations who have chosen to be more self-centred.

In India`s case, nationalism has in fact led to greater internationalism," he said.

Noting that many border issues remain unsettled in the last seven decades, Jaishankar said, "A dispassionate assessment of our performance would note that while we ourselves have done well in many respects, some competitors have done much better...Defence preparedness was improved and one of the key accomplishments of diplomacy was to enable access to multiple sources of equipment and technology."

"However, the fact remains that even after seven decades of independence, many of our borders remain unsettled. In the economic sphere, we may look good when benchmarked against our own past. It seems a little different when compared to China or South East Asia," he said.

Speaking about India`s decision not to join the RCEP, the minister said that no agreement is better than a bad agreement.

"On the one hand, we should not go back to the old dogmas of economic autarky and import substitution. But at the same time, embracing the new dogma of globalisation without a cost-benefit analysis is equally dangerous...No agreement at this time was better than a bad agreement. It is also important to recognize what the RCEP decision is not. It is not about stepping back from the Act East policy," he said.

Jaishankar also explained the evolution of India`s foreign policy and categorised it into six broad phases, each a response to a different global strategic environment.