India has said that Pakistan "made up the number" of 58 countries it had claimed which backed Islamabad at the United Nations Human Rights Council (UNHRC) whose meeting happened in September in Geneva, Switzerland. 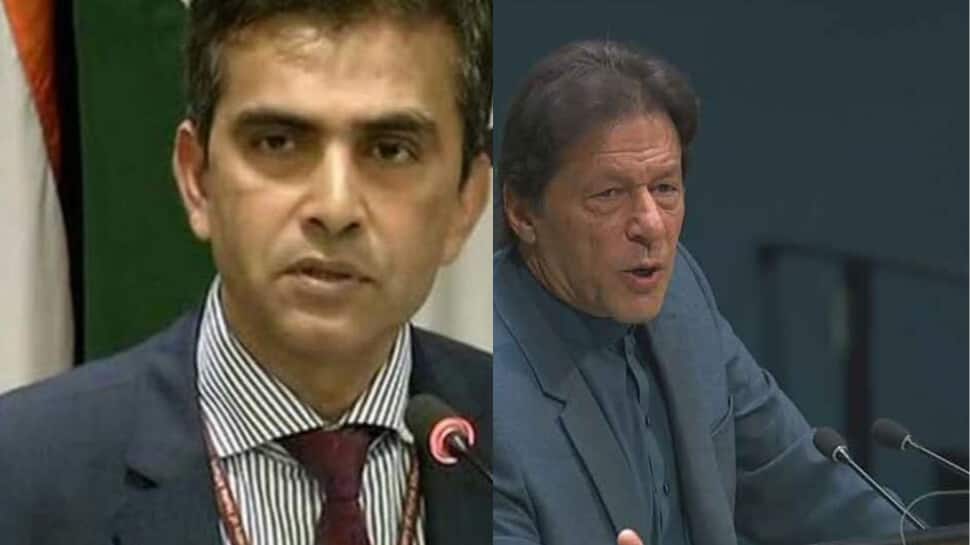 New Delhi: India has said that Pakistan "made up the number" of 58 countries it had claimed which backed Islamabad at the United Nations Human Rights Council (UNHRC) whose meeting happened in September in Geneva, Switzerland.

Ministry of External Affairs (MEA) spokesperson, Raveesh Kumar, reacting to a WION question at the weekly presser said, "I haven't seen the list.. this is a question should be addressed to them and this is something they have been claiming since the beginning. I don't think they have been able to show this list of countries."

Raveesh Kumar further added, "I saw this interview in which somebody asked about the list of countries and they were not able able to produce. Sometimes they make up the number, which they did, at a time people are asking the list, they don't have."

Pakistani Foreign Minister lost cool in an interview to a Pakistani channel when asked about the names of the 58 countries which Islamabad had claimed backed them at UNHRC. Pakistan also failed to muster any support to table a resolution on Kashmir at the Human Rights Council in Geneva.

On Pakistani PM urging protestors to cross the Line of Control or LOC, MEA called it "provocative and irresponsible" language by a person who occupies "high constitutional office" and he does not know how "to conduct international relations" and "it is not normal behaviour."

On Pakistan going to the United Nations Security Council (UNSC) so that 26/11 mastermind Hafiz Saeed can get basic expenses, MEA said, "One country gives an application on the behalf of global terrorist to UNSC Sanctions committee so that he can get pocket money. They give an application for pocket money and then they say why we don't trust them when they say they acting on terrorist. This is the duplicity we talk about."

The Pakistani government, in its request, said Saeed is the sole supporter of his four-member family is responsible for food, drink and clothes expenses for all the family members. The development came just a day before Pakistani Prime Minister Imran Khan addressed to United Nations General Assembly (UNGA).

Saeed who worked as an assistant professor at the University of Engineering Technology in Lahore retired in 1999 and was drawing a pension of Pakistani Rs 45,700 through Habib Bank. However, his bank account was blocked after UNSC listed him, freezing his assets.

Woman jumps off building to kill herself, lands on 69-year-old man, both dead