Speaking on Pakistan's Independence Day in his address to the Pakistan-occupied-Kashmir Assembly, Imran Khan's speech focussed only on India and not the internal affairs of his country. 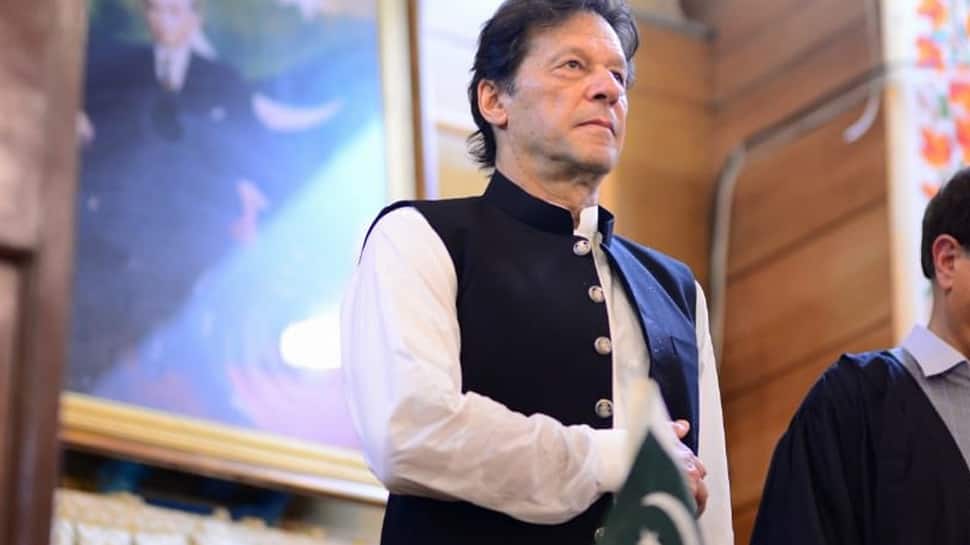 As expected Pakistan Prime Minister Imran Khan on Tuesday raked up the situation in Jammu and Kashmir and the abrogation of Article 370 by India which led to the scrapping of the special status to the erstwhile state even though his country has no locus standi on the issue. Speaking on Pakistan's Independence Day in his address to the Pakistan-occupied-Kashmir Assembly, Imran Khan's speech focussed only on India and not the internal affairs of his country.

Claiming that BJP-led Narendra Modi government move to scrap Article 370 in Jammu and Kashmir was a strategic blunder, an exasperated Khan churned out baseless theories regarding Jammu and Kashmir and the now-defunct provision. He claimed that the BJP had conducted the biggest betrayal on the people of the newly formed Union Territory (UT), adding that once the people of Kashmir are "released from curfew imposed...all forms of atrocities will erupt." "I wish to tell Modi, that the revocation of Article 370 will make no difference to the people of Kashmir who are battle-hardened and will resist any oppression. You cannot enslave them," said Khan.

Pakistan's repeated attempts on the international platforms to target India was claimed by Khan as "appraising the International community on the possibilities arising from the actions of India".

Khan said that the two-nation theory stands vindicated. He also tried to warn India saying that "any misadventure on Jammu & Kashmir will be met with the absolute will and complete force & power of the Pakistan Armed Forces." He added, "I want to tell Modi, we are prepared and ready to meet any threat. We will never be the aggressors but will thwart any design with the complete might and resolve of the people and Armed Forces of Pakistan. Any force will be met with a greater force. If India makes any aggressive overtures on Azad Kashmir, we stand by to respond with our full might."

He also took a jibe at Rashtriya Swayamsevak Sangh (RSS) and its ideology hurling abuses at them. "I have exposed the true face of Modi, who represents an evil RSS ideology and mindset, based on racial superiority. The RSS ideology believes in avenging 600 years of Muslim rule in India and ensuring that Muslims and other minorities in India, including Christians and Dalits remain subservient to the Hindu majority. It was the vision and foresight of Quaid-e-Azam, Muhammad Ali Jinnah, who warned the Muslims of India on the intentions of the Hindu far-right & the implications of Hindu majoritarianism," he said.

Calling himself the ambassador of the people of Kashmir, Khan said that he will create awareness. "The BJP has made a huge mistake, and Modi has made a strategic blunder, with the revocation of Article 370. Its implications will only be seen once the curfew will be lifted and the Kashmiris will take to the streets. Modi has internationalized the Kashmir issue. People all across the world will now know their savagery. I take it upon myself to become the Ambassador of the Kashmiri people and create awareness. I am now the Ambassador of the people of Kashmir," he said.

"No sane mind can make the kind of sick statements made by the BJP & its ideologues regarding their treatment of Kashmiri women & their savage repression of the Kashmiri people. The BJP has put in abeyance their own Constitution, edicts of their own Supreme Court and their pledge to the Kashmiri people. The intelligentsia, the media and the intellectuals of India live in fear of the BJP,  the RSS, and their cohorts," said Khan.

Calling himself a pacifist and blaming the BJP for halting all outstanding issues, Khan said, "I tried to approach the Indian State. I told them to take one step, we shall take two. I sought negotiations on Kashmir. India & Pakistan have similar problems including poverty & climate change. All my attempts for negotiations with India for a peaceful resolution of all outstanding issues were stonewalled by the BJP ideology which stands on racial superiority and hatred."

"All Pakistanis should be grateful for having had a leader such as the Quaid-e-Azam, Muhammad Ali Jinnah, who had the vision and foresight to make the Muslims of India independent and free from oppression. The Quaid-e-Azam Muhammad Ali Jinnah was a believer in the Caliphate of Medina established by Our Holy Prophet (PBUH) who believed in equity, equality, and justice for all."