The Pakistani Foreign Minister made these remarks while speaking to BBC Urdu. 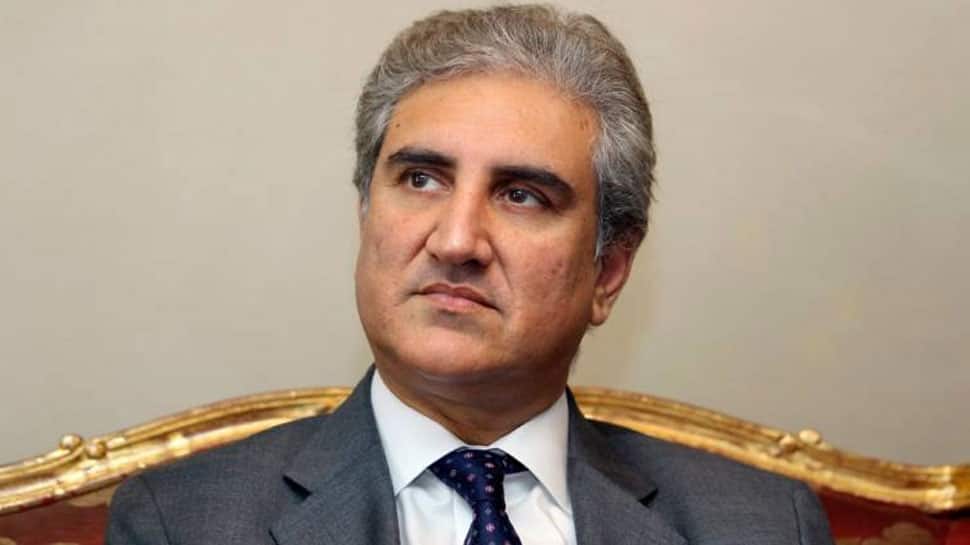 ISLAMABAD: Pakistan Foreign Minister Shah Mehmood Qureshi on Saturday reiterated that Islamabad is willing to hold talks with India to resolve all issues between the two nuclear-powered countries. Qureshi, however, said that the atmosphere for holding talks with New Delhi is not conducive at present.

The Pakistani Foreign Minister made these remarks while speaking to BBC Urdu.

''Ready to talk to India on all bilateral issues, we have no issues talking to India but the environment in India is not that of talks with Pakistan,” Pakistani Foreign Minister said.

The statement from the Pakistani FM came shortly after External Affairs Minister S Jaishankar said that India is willing to discuss outstanding issues with Pakistan bilaterally in an atmosphere free of terror and violence.

The External Affairs Minister said this during his meeting with European Union Commissioner Christos Stylianides during which the latter reiterated that New Delhi and Islamabad need to re-open dialogue through diplomatic channels for the de-escalation of tensions in the Kashmir region.

Jaishankar and Stylianides also shared their expectations for better governance and greater development in the regions of Jammu, Kashmir, and Ladakh, as well as their perspectives on the recent developments pertaining to the situation in Afghanistan and Iran.

"A good meeting with EU Commissioner @StylianidesEU. Discussed our perspectives on Afghanistan and Iran. Spoke of our expectations for better governance and more development in Jammu, Kashmir and Ladakh," Jaishankar wrote on Twitter.

''Underlined India's openness to discuss other outstanding issues bilaterally with Pakistan in an atmosphere free of terror and violence," he added.

Tensions between India and Pakistan spiked after India abrogated provisions of Article 370 of the Constitution to withdraw Jammu and Kashmir's special status and bifurcated it into two Union Territories.

Pakistan expelled the Indian High Commissioner after it downgraded the diplomatic ties with India in protest to India's decision to end Jammu and Kashmir's special status.

Pakistan also suspended its trade with India and stopped the train and bus services.