Pakistan said that they are expecting India to allow pilgrims to travel through the Corridor to visit Kartarpur Sahib on the occasion of upcoming birth anniversary of Baba Guru Nanak. 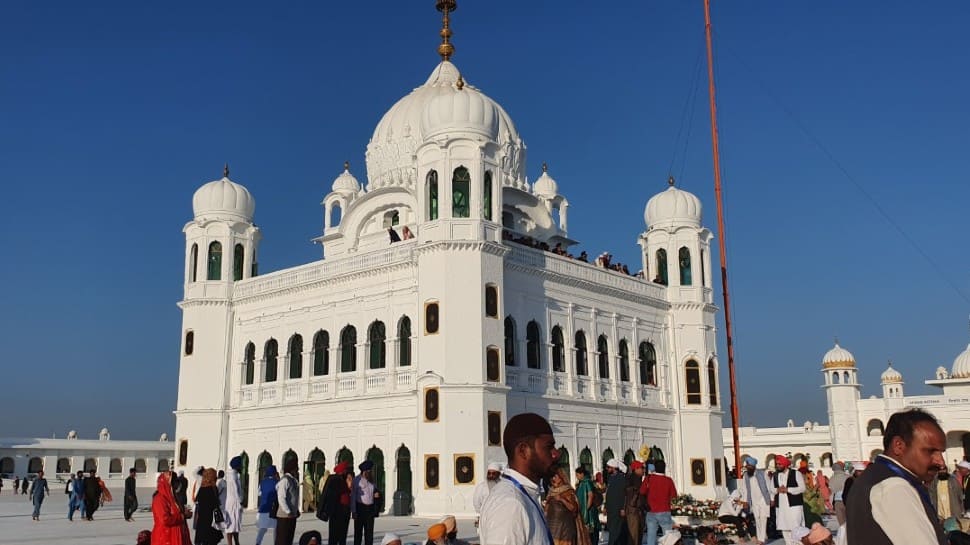 New Delhi: On the second anniversary of the inauguration of Kartarpur Corridor, Pakistan reiterated its proposal to India to reopen it on the occasion of the birth anniversary of Baba Guru Nanak, which falls on November 19.

In a statement by the foreign affairs ministry of Pakistan said, “In the upcoming Baba Guru Nanak’s birthday celebrations from November 17 to 26, we look forward to hosting devotees from India and around the world.”

Notably two years ago, the “Corridor of Hope” was inaugurated by Indian and Pakistan Prime ministers respectively on their side of the border on November 9, 2019. PM Narendra Modi flagged off the first Sikh jatha to travel to Gurdwara Darbar Sahib, Kartarpur Sahib which is situated about 4.5 km from Dera Baba Nanak International border in Gurdaspur district of Punjab. PM Imran Khan received the latha on the Pakistani side.

However, the Corridor remained open for Indian pilgrims only for about five months before it was closed down due to coronavirus pandemic on March 16, 2020. It hasn’t been reopened even as the government has allowed all other religious places for worship to open and even the daily public viewing of beating the retreat ceremony held at Attari Wagah international border.

History has it that Sikh’s first master Guru Nanak Dev had spent nearly last 18 years of his life at Kartarpur village which is located on the west side of river Ravi.

After his demise, both the Hindu and Muslim followers of Baba Nanak wanted to cremate and bury his body respectively. The legend has it that Baba Nanak’s body mysteriously disappeared and a pile of flowers was found which was equally divided by both Hindu and Muslim followers who performed the last rites according to their own tradition and thus a ‘samadhi’ and a grave came up.

The Corridor was described by UN Secretary General Antonio Guterres as “Corridor of Hope” during his visit to Kartarpur Sahib in February 2020.

While stating that the Corridor has opened new vistas for the promotion of inter-faith harmony, Pakistan said that they are expecting India to allow pilgrims to travel through the Corridor to visit Kartarpur Sahib on the occasion of upcoming birth anniversary of Baba Guru Nanak.

Notably, the government of India earlier rejected a proposal by Pakistan to reopen the Kartarpur Corridor on June 29 and said that cross-border travel had been temporarily suspended as part of measures to prevent and contain the spread of coronavirus.

It is pertinent to mention that more than 2000 piligrims are expected to visit Pakistan for ten days via Attari Wagah route to celebrate the birth anniversary of Baba Guru Nanak.