Sources revealing the details of Sunday's operation said the official who nabbed Abid asked him to 'finish eating Samosa fast, your time is up'. 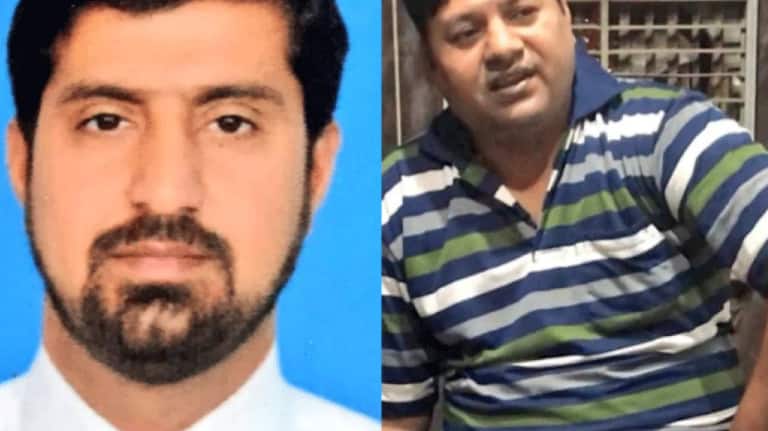 New Delhi: An FIR filed against two officials of Pakistan High Commission, Abid Hussain (42) and Muhammad Tahir (44), who were ​​caught by the Special Cell of the Delhi Police from Karol Bagh said that they were caught while procuring sensitive documents related to the movement of armed forces through railways from an Indian national in exchange of money and an iPhone.

In its reaction, Pakistan today summoned India`s acting High Commissioner to the country to register a strong protest over India`s decision to expel two officials of its High Commission in New Delhi on charges of espionage.

Sources, however, said that the two officials were never subjected to any torture as claimed by Pakistan.

Earlier on Sunday, the Ministry of External Affairs had issued a statement saying, "The government has declared both these officials persona non grata for indulging in activities incompatible with their status as members of a diplomatic mission and asked them to leave the country within 24 four hours."

When the agencies caught Abid and Tahir from the spot, their driver, Javed Akhtar, tried to run away but he was also nabbed.

Sources revealing the details of Sunday's operation said the official who nabbed Abid asked him to 'finish eating Samosa fast, your time is up'. Initially, they claimed that they were Indian nationals and even produced fake Aadhaar cards.

Abid Hussain posed as Gautam, brother of a media person, to establish contact with an individual working in the Indian Railways. He also tried to gain his confidence by pretending that he needed information about rail movements for his brother who was supposedly doing a story on the Indian Railways and for which he was willing to pay, said Anil Mittal, Additional PRO (Delhi Police).

The officials were working at the visa section of the Pakistan High Commission and confessed during the interrogation that they worked for Pakistani spy agency ISI. These two officials were reportedly under the radar of intelligence agencies for about a year for involvement in espionage activities.

The motive of the two Pak officials was to extract the details by befriending railway staffers. During the investigation, it has emerged that Hussain reportedly operated under several fake identities to lure people working in organisations and departments of his interest.

Military intelligence reportedly stated that "documents used by Indian nationals while applying for a visa are illegally used to procure SIM cards in India. And using that SIM, they try to get in touch with important officials." "After getting in touch with the Indian officials they often try to lure them by using money or other means to target them. And then, they try to make efforts to establish personal relations with them to gain valuable information," it added.

Earlier in 2016, Delhi Police had busted an espionage racket, involving a Pakistan High Commission staffer, Mehmood Akhtar, who was allegedly involved in getting information about BSF deployments along the Indo-Pak border. The Pak official was also expelled by India for spying.