Pakistan has been misusing diplomatic channels in Nepal, Bangladesh and other countries to bring and distribute consignments of Fake Indian Currency Notes. 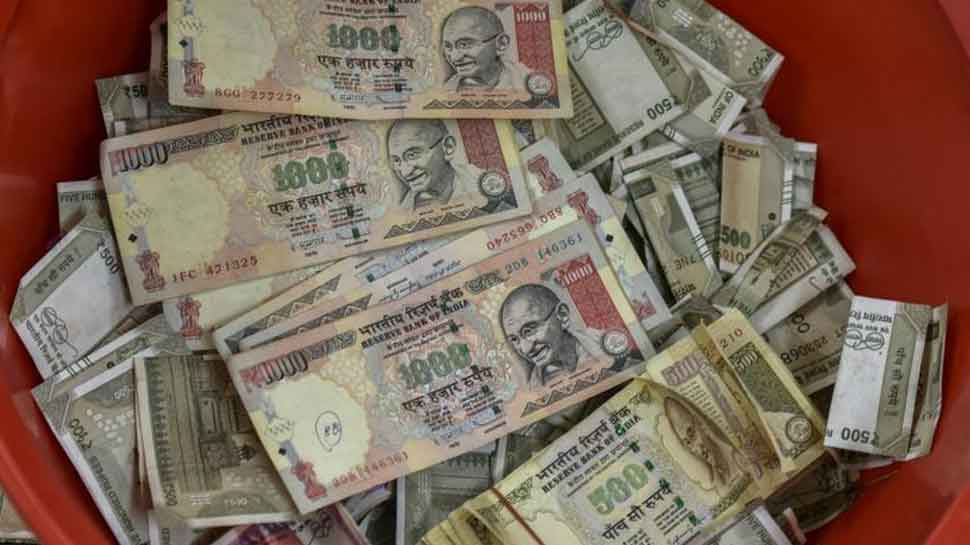 Senior officials reveal that a large amount of counterfeit currency from Pakistan is making its way into India using pre-2016 system and infrastructure- of gangs, their syndicate, channels, and routes.

Most surprisingly, Pakistan has been misusing diplomatic channels in Nepal, Bangladesh and other countries to bring and distribute consignments of Fake Indian Currency Notes. Sources reveal that Pakistan`s secret agency, the ISI, manages to create this currency of better visual quality than the earlier photocopied notes.

In May 2019, a recently released D-company associate, Younus Ansari, was arrested with three Pakistani nationals at Kathmandu Airport with a huge consignment of Indian currency totalling Indian Rs 76.7 million.

The temerity of the couriers was obvious from the fact that the stash was not even concealed, as in the past, but was loosely dumped into checked-in baggage.

Interestingly, the same Younus was arrested a few years ago in Nepal for conspiring to implement a hit-job on an Indian diplomat in Kathmandu.

A Dubai-based individual 'Salman Shera' had sent the parcel to Sylhet in Bangladesh, which was sent to Dhaka via a courier service `SA Poribahan.`The individuals apprehended revealed that from Sylhet the consignment was headed to Sreenagar Upazila in Munshiganj District in Dhaka.

The original consignor Salman Shera is the son of Aslam Shera, a notorious Pakistan-based ISI dealer in FICN, active since the late 1990s, said senior officials.

Before demonetisation, the Pakistani Embassy in Kathmandu was the nerve centre for FICN operations and used Birgunj Town as its vital transit point for almost all fake currency notes entering India.

Sources reveal that ISI had set up a large network of agents from Kathmandu to Birganj and all along the border, to push consignments of FICN from Nepal into India.

"ISI transported fake notes through the state-owned Pakistan International Airlines, or through the diplomatic bag to its Missions in Dubai, Kuala Lumpur, Hong Kong, and Doha", sources revealed.

They added, "From these locations, couriers brought consignments on PIA or other international flights to Kathmandu or Dhaka".

In Bangladesh, Pakistan has been misusing diplomatic channels to bring and distribute consignments of FICN.

Mainstream Bangladeshi media is replete with incidents, wherein Pakistani nationals posted at its High Commission in Dhaka have been expelled, formally and informally, for ferrying FICN and for terror financing activities.

In late 2015, Second Secretary at the Pakistan High Commission in Dhaka Farina Arshad, was withdrawn after Idris Sheikh an operative of the militant organization Jamaat-ul-Mujahideen (JMB) admitted to having links with her.

Sources reveal that prior to this in January 2015, Mazhar Khan an Attache in the Consular Section of Pakistani Mission in Dhaka was similarly expelled after Bangladeshi intelligence accused him of peddling FICN and providing funds to terror outfits.

Mazhar Khan had cultivated a Bangladeshi national Mujibur Rahman, and had sent him to India 11 times and to Thailand 22 times in just a few years, to circulate FICN.

The above Pakistani Mission officials had also developed close ties with radicalized elements in Dhaka University, officers of Pakistan International Airlines and a section of Bangladeshi nationals residing along the border with India in places such as Lalmonirhat, Jessore, Thakurgaon, and Benapole, the main ingress points for FICN into India.

The earnings from FICN smuggling operations were further channelled to terror outfits operating from Bangladesh, like Hizb-ut-Tahrir, Ansurullah Bangla Team and Jamaat Shibir.

The Financial Action Task Force`s (FATF) report on `Money Laundering and Terrorist Financing Related to Counterfeiting of Currency`, referred to Article 3 of the Currency Counterfeiting Convention (Geneva, 1929) which defined counterfeiting as "fraudulent making or altering of currency, whatever means are employed.''

It identifies money laundering and terror financing as aspects associated with counterfeit currency, and these are, in turn, related with organized crime.The report categorically stated, "India has also reported large scale use of counterfeit currency, by both State and non-State actors, to assist/fund terrorist acts.

The case studies in this regard furnished by India, expose the scale and intensity of the problem. In particular, there is evidence of multiple bases being used to flood the country with counterfeit notes, thereby attempting to attack the `economic security` of the country, besides using it to fund/assist specific terrorist acts".

The role of organized criminal groups in the production of counterfeit currency was elaborated in FATF`s 2013 report.

It cited the case of a seizure in February 2012 of counterfeit Indian Rupees concealed in a shipping consignment from Pakistan via Hong Kong, China to Nepal.

The report highlighted that high-quality counterfeit Indian notes were printed in Pakistan and then smuggled into India through transit points at Dhaka, Bangladesh as well. The other route to smuggle FICN was by smuggling through the India-Pakistan, India-Bangladesh and India-Nepal borders.

Production and smuggling of Fake Indian Currency Notes by Pakistan exposes its nefarious designs to destablise the Indian economy and support terrorism.