Sources close to developments have revealed that despite New Delhi’s persistent efforts, Malaysia is reluctant to hand over Naik to New India. 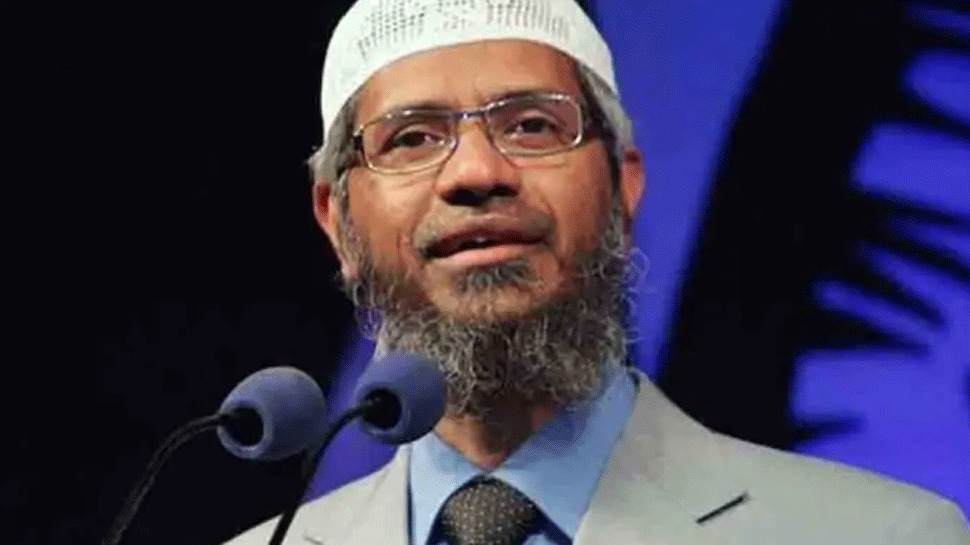 New Delhi: Controversial Islamic preacher Zakir Naik, who is being probed by the Enforcement Directorate for money laundering, has received crores of funds from Gulf countries. Indian agencies have been pursuing Naik, who is currently based in Malaysia, also for delivering hate speeches allegedly used to incite terror activities.

Sources close to developments have revealed that despite New Delhi’s persistent efforts, Malaysia is reluctant to hand over Naik to New India.

In the most recent instance, Naik is said to have contacted one of his old contacts in Qatar and requested him for a generous amount of USD 500,000 as a charity to his organisation. It is also learnt that the Qatari national has been helping Nail contact local wealthy businessmen and charity organisation for the collection of funds.

Last year, Turkey’s President Recep Tayyip Erdogan addressed the UNGA where he had stated, "Despite the resolutions adopted by the UNSC, Kashmir is still besieged and eight million people are stuck in Kashmir. They cannot get out."

Analyst privy of these developments said, "Zakir Naik was given hospitality by Malaysia at Pakistan’s behest. Now, Pakistan is engaged to  arrange huge funds for Zakir Naik from Gulf countries like Qatar and Turkey."

On the other hand, while India and Turkey's relations are far from being sour, it has however turned strained ever since Turkey extended support to Pakistan on the Kashmir issue at FATF. Turkey has also been raising Kashmir issue at various international forums ever since the abrogation of Article 370 from Jammu and Kashmir.

Naik continues to maintain several bank accounts in Gulf countries, including Qatar and the UAE, for collection of such funds to evade scrutiny of the Indian government. He generally uses these accounts to transfer funds to his associates and network for activities by IRF and other associated organizations. The Indian government has since put a five-year ban on IRF.

Naik is involved in the preaching of radical Islamic ideology that has influenced the youth in India and abroad in an adverse manner and some of them are found to have been motivated to join extremist organisations such as Daesh.

It has been noticed that of late Turkey has become an epicentre for anti-India activities. Turkey has been using the dispute between Qatar and other Gulf kingdoms and has increased its influence by stationing troops in Qatar. It has also expanded its military base in Qatar.

As per a 2019 'The New Arab' report, "Cooperation between Turkish and Qatari militaries have notably intensified since the Saudi-led blockade on Qatar in June 2017. Many Qataris believe Saudi Arabia, the UAE and Bahrain's siege to be a coup attempt against Qatar's sovereignty. Turkey was the first state to support Qatar and openly sided with Doha in one of the most challenging moments of the small Gulf state's history."

Turkey also took Qatar side when an economic boycott from a group of countries led by Saudi Arabia was initiated.

"Turkish and Qatari central banks are tripling the limit of their existing swap deal to USD 15 billion to facilitate bilateral trade in respective local currencies and to support the financial stability of the two countries. The deal highlights the strength of an alliance that began to deepen after the failed 2016 coup when Erdogan received backing from Qatar’s rulers. Turkey returned the favour a year later by siding with Qatar after it came under an economic boycott from a group of countries led by Saudi Arabia," a report by Cagan Koc published in Bloomberg in May 2020 stated.

In the recently organized virtual meeting of Organization of Islamic Cooperation (OIC), Maldives, Saudi Arabia and Oman opposed Pakistan rant against India. The Maldives defended India by saying that signalling out India over Islamophobia is incorrect when Pakistan tried to raise the issue of minority and Islamophobia in India. The reply came after Pakistan’s Ambassador to the UN, Munir Akram proposed that India is actively promoting Islamophobic agenda in the meeting. Giving befitting reply to Pakistan, Maldives said that India is the largest democracy in the world and home to over 200 million Muslims, alleging Islamophobia would be factually incorrect and detrimental to religious harmony in South Asia.

"Any organization that has relations with the Qatari regime automatically has relations with the Turkish regime. This is very evident today in the case of Libya, where both regimes support the so-called National Accord Government which is "misleadingly called the recognized government", while in fact, it has yet to be recognized by the Libyan Parliament to acquire any legitimacy, as required by the Skhirat Agreement," said Abdul Rahman Al-Turiri an article published in The Arab Weekly.

Naik, a 53-year-old radical television preacher, left India in 2016 and subsequently moved to Malaysia, which has reportedly granted permanent residency to him. Naik was booked by the Enforcement Directorate in 2016, based on a National Investigation Agency FIR that was registered under the Unlawful Activities Prevention Act.