The tension is palpable all along the LoC with Pakistani ground forces repeatedly violating ceasefire by resorting to firing and mortar shelling. Indian forces have been retaliating with equal intensity. 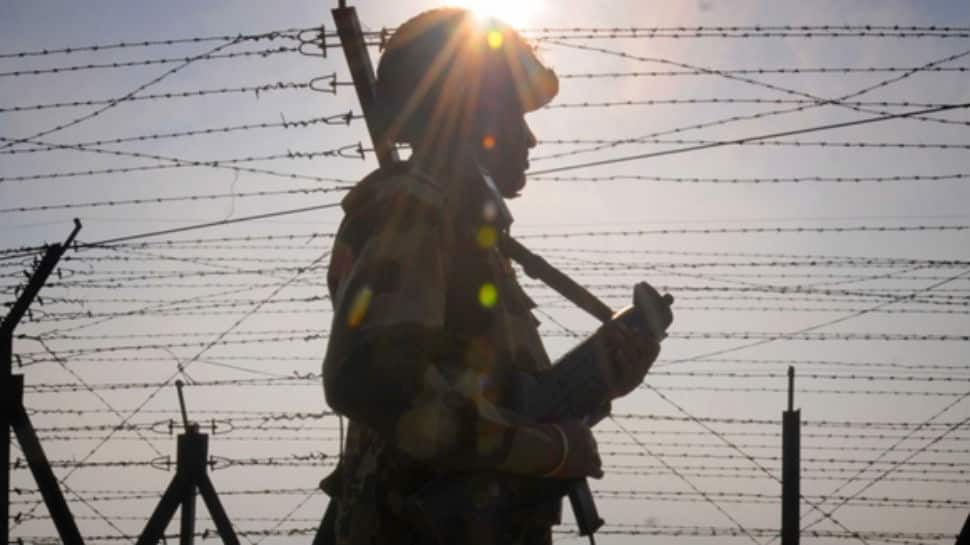 IANS photo of a BSF personnel.
Share:
Written By:

Even as Pakistan handed back captured Indian Air Force pilot Wing Commander Abhinandan Varthaman at the Attari-Wagah border on Friday, Pakistani forces along the LoC violated the ceasefire around the same time in Jammu and Kashmir's Mendhar, Balakote and Krishna Ghati sectors.

The violations occurred around 1800hrs, reported news agency ANI in what is a continuation of Pakistani forces' apparent strategy of cross-border firing.

The tension is palpable all along the LoC with Pakistani ground forces repeatedly violating ceasefire by resorting to firing and mortar shelling. Indian forces have been retaliating with equal intensity.

A day earlier, the representatives of the armed forces said in a joint press briefing that security personnel are on high alert - warning Pakistan to not indulge in any misadventures. The Indian Army, Air Force and Navy assured the country's territorial integrity and sovereignty would be protected at all costs.

Across the border, Imran Khan has been harping about peace and for initiation of a dialogue process. He has, however, failed to take any concrete measure on terrorist organisations in his country and his ground troops have contradicted his call by repeatedly violating ceasefire along the LoC.