A Pakistani national who inadvertently crossed the Line of Control (LoC) and entered India was on Thursday repatriated by the Indian Army to Pakistan at Tithwal crossing point in Tangdhar sector of north Kashmir on humanitarian grounds. 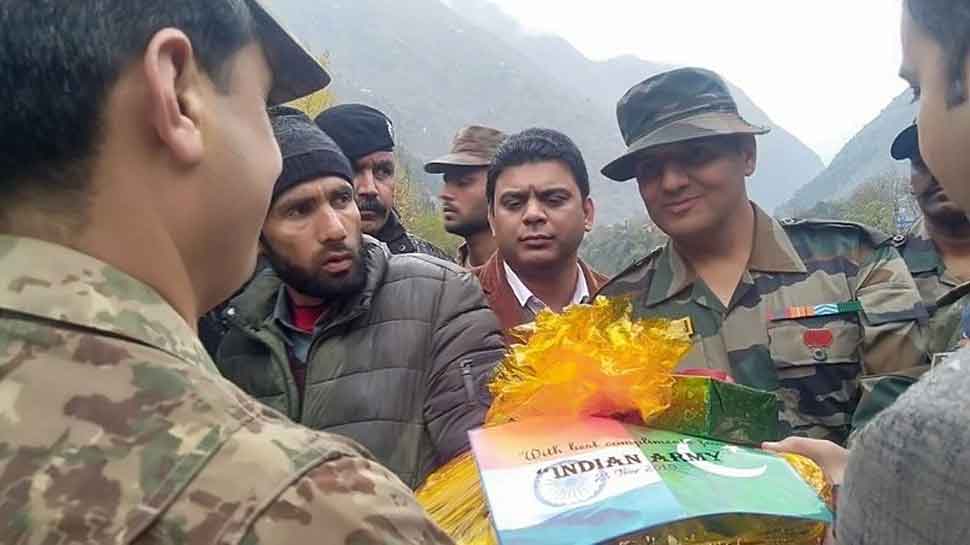 NEW DELHI: A Pakistani national who inadvertently crossed the Line of Control (LoC) and entered India was on Thursday repatriated by the Indian Army to Pakistan at Tithwal crossing point in Tangdhar sector of north Kashmir on humanitarian grounds.

Shabir Ahmed, aged 32 and a resident of Panjkot in Pakistan's district Muzaffarabad had inadvertently crossed over the LoC. He was apprehended by the Army on receiving information from the local people of Kashmir's Tangdhar. Ahmed was given proper medical care by the Indian authorities and was hosted with dignity and respect. He was also provided with clothing, lodging and medical care.

One his identity was ascertained and he was stabilised, Pakistan-occupied Kashmir (PoK) authorities were approached for his repatriation by the Indian Army.

Ahmed was repatriated on humanitarian grounds at 1:30 pm on Thursday at the Tithwal crossing point in Tangdhar sector by the sub-divisional magistrate (SDM). From Tangdhar, he was taken to Chilehana area in PoK, where Pakistani authorities accepted the individual and appreciated the humanitarian gesture.

Shabir Ahmed was also given a gift as a farewell gesture by the Indian authorities.

On Thursday, Ministry of External Affairs (MEA) spokesperson Raveesh Kumar said that the Centre has seen media reports that two Indian nationals, who mistakenly crossed over to Pakistan in 2016-17, have been arrested by Pakistani authorities. Kumar added that New Delhi had informed Islamabad about these two Indian nationals named Prashant and Bari Lal but Pakistan had not given any response about their whereabouts.

Kumar expressed hope that Prashant and Lal are not used by Islamabad for any false propaganda and India will get immediate consular access to both of them.

"We hope that these two Indian nationals (Prashant & Bari Lal) are not used or they do not become a victim of Pakistani propaganda. We have approached the govt of Pakistan and requested for immediate consular access," Kumar told the media.