Jatt is already under NIA scanner in connection with several terror attacks in Kashmir. 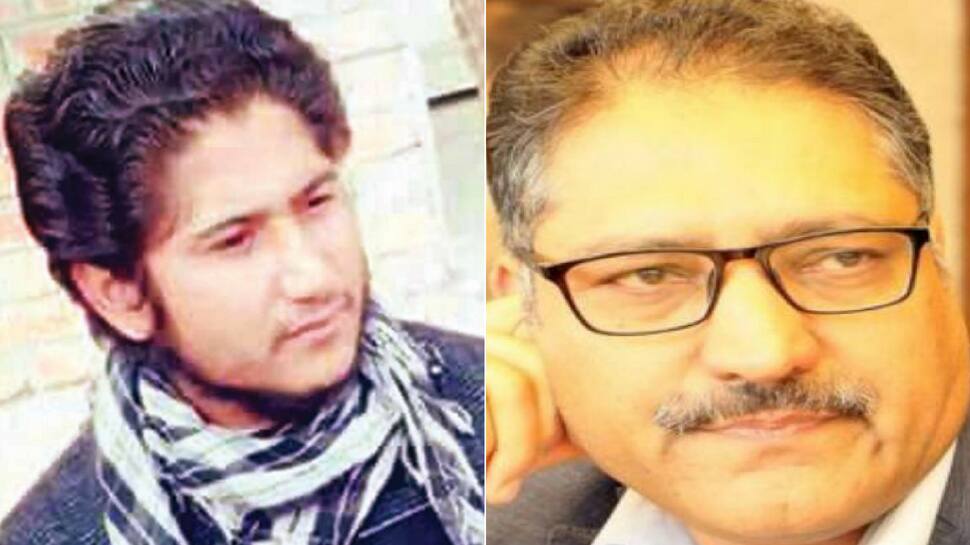 NEW DELHI: In the wake of the sensational murder of Rising Kashmir editor-in-chief Shujaat Bukhari, intelligence sources on Friday claimed that Pakistani terrorist  Naveed Jatt, who recently escaped from Srinagar hospital, may be one of the three biker-borne killers who shot the journalist to death. Jatt is already under NIA scanner in connection with several terror attacks in Kashmir.

The development comes barely hours after the Jammu and Kashmir Police released the photographs of Bukhari's suspected killers and appealed to the general public for valuable information leading to their arrest. The CCTV footage obtained by the police shows the three bike-borne attackers who came wearing helmets with their faces covered.

The killing of Bukhari has dragged the country into a state of grief. Reacting to the incident, several politicians cutting across the party lines and leading journalists have expressed their condolences and condemned his killing in the strongest terms.

Shujaat Bukhari, one of the leading journalists from J&K and editor-in-chief of the prestigious daily 'The Rising Kashmir', was assassinated by some unidentified miscreants outside his office at the Press Colony on Thursday evening.

His personal security officer (PSO) was also killed while another suffered a grievous injury in the attack. He was on his way to an Iftar party when three men came on a bike and started firing on Bukhari’s car.

On February 6, Mohammad Naveed Jatt of Multan Pakistan pulled off a dramatic escape from Shri Maharaja Hari Singh (SMHS) hospital in Srinagar after his associates shot dead two policemen who were accompanying him for medical checkup.

Jatt alias Abu Hanzullah alias Munnu alias Chotu, a resident of Sahiwala, Multan in Punjab Pakistan, was arrested in a joint operation by Jammu and Kashmir Police, 62 Rashtriya Riffles and 18th Battalion of CRPF in Kulgam district of south Kashmir on June 20, 2014.

Jatt, who was then acting as district commander of Lashkar-e-Toiba in south Kashmir, had told his interrogators that he was trained in the same "Aksa" camp where Kasab had undergone arms training, reported DNA.

A prized catch Jatt had given insight of Lashkar's working in Pakistan, to his interrogators. He had told his interrogators that Lashkar bosses had become increasingly cautious after the arrest of Kasab.

Sources said he had told his interrogators that Lashkar top trainers were teaching the militants not to repeat the mistakes made by Kasab during the attack in Mumbai. Particularly the cadres were being trained how to conceal identities while speaking over phones and avoid landing into custody in which Kasab failed.

A school dropout, Jatt was admitted in the Lashkar training camp as a shepherd by his  father when he was 12 years old. For four years he was taking care of cattle and alternately training in arms before he was sent to Kashmir in 2012. From early 2013 he was operating in south Kashmir and has been involved in number of killings and attacks on security forces.