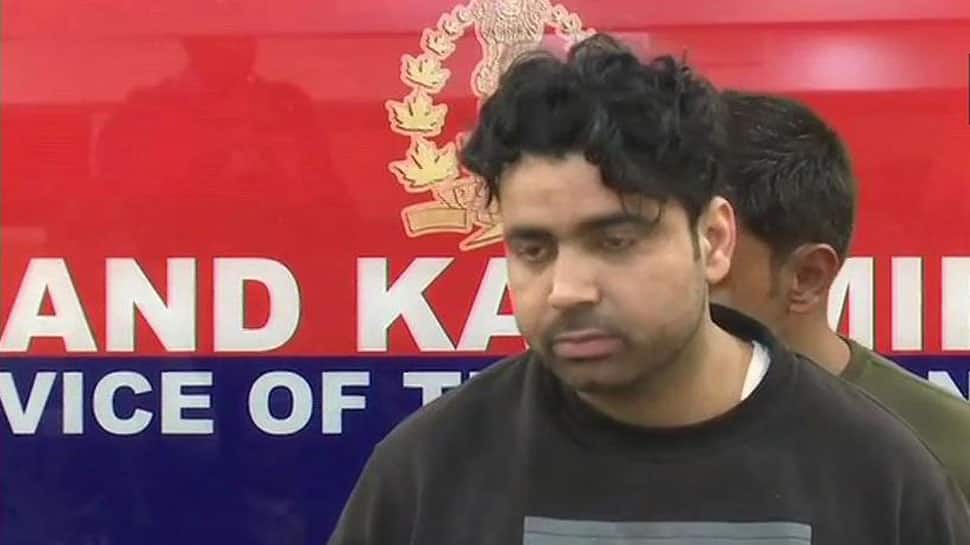 SRINAGAR:  Jammu and Kashmir police on Wednesday arrested a Pakistani terrorist who had been operating in Srinagar for more than a year and was planning to revive terrorism in Baramulla district of the state.

Addressing a press conference, Senior Superintendent of Police Baramulla, Abdul Qayoom said that the arrested terrorist identified as Mohammad Waqar is a resident of Mohalla Miana, Mianwali, Punjab, Pakistan. The SSP added that Waqar entered India in July 2017 by crossing the border and was operating in Srinagar for over a year. SSP Qayoom said that Waqar's plan to resurrect militancy in Baramulla.

SSP Baramulla, Abdul Qayoom: His name is Mohammad Waqar, a resident of Mohalla Miana, Mianwali, Punjab, Pakistan. He came here in July 2017 by crossing the border, he was operating in Srinagar for over a year. His plan was to resurrect militancy in Baramulla. pic.twitter.com/BWUEkdQj50

According to police, Waqar decided to join Pakistan-based terror group Lashkar-e-Taiba after he was told that the Indian government does not allow Muslims to offer Namaz in Kashmir.

He was also brainwashed into believing that Muslims are being persecuted in Kashmir. The police said Waqar's radicalisation should be seen as an example of how Pakistani terror groups are manipulating young people in Pakistan to carry out terror activities in India.

Meanwhile, DGP Jammu and Kashmir, Dilbag Singh on Wednesday said at a press conference that recruitment of local youth for terror activities have gone down in the last one year. He said that a total of 272 terrorists were killed in state during 2018 and many were arrested.

DGP J&K, Dilbag Singh: Recruitment of local youth continues to be low, it is a healthy sign. 272 terrorists were eliminated in the state during 2018 and a large number were apprehended. pic.twitter.com/AF42yC0dWH

According to Lt Gen Dhillon, 25 of the killed terrorists belonged to Jaish-e-Mohammed and 13 of them were Pakistanis.

Lt Gen Dhillon remarked that after Pulwama attack, the security forces targeted Jaish-e-Mohammed (JeM) leadership and succeeded in eliminating all senior commanders of Pakistan-based terror group. "The situation now is that no one is coming forward to take over the leadership of JeM in the valley. Even after Pakistan's best efforts, we will continue to suppress JeM, specially after Pulwama," he noted.

Sadhvi Pragya slams Congress for conspiring against her, says truth will always win