The projectile is a ''beyond visual range missile'' carried by F-16s, the sources claimed. 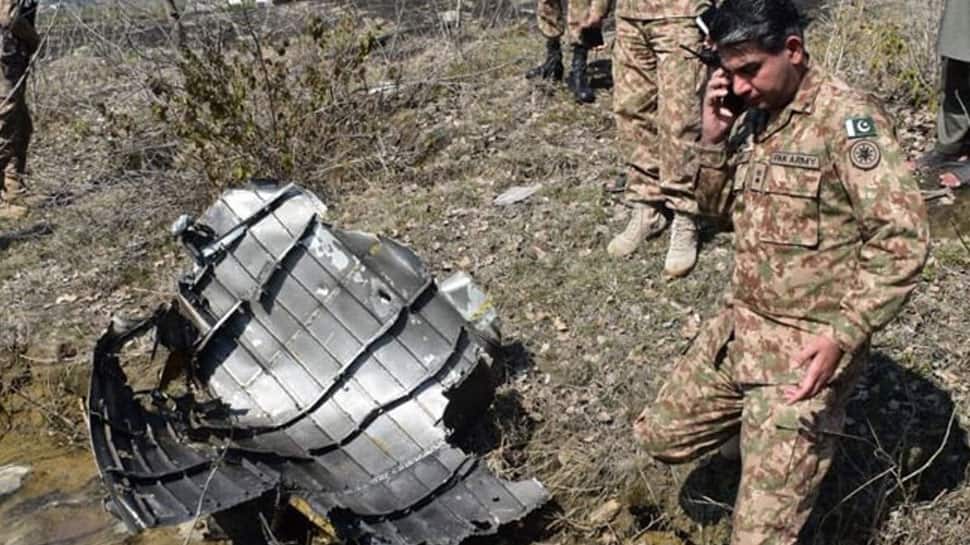 NEW DELHI: The government sources on Thursday claimed that there is credible evidence to suggest that Pakistan Air Force (PAF) F-16s fighters were involved in the aerial engagement on the Line of Control (LoC) on Wednesday.

The sources based their claims on the reports that parts of AIM-120 AM-RAAM (Advanced Medium-Range Air-to-Air Missile) were found on the Indian side.

The projectile is a ''beyond visual range missile'' carried by F-16s, the sources told news agency IANS.

It may be recalled that an PAF F-16 was shot down by IAF combat air patrol, but Pakistan has not yet acknowledged the loss even though visuals of the wreckage of the aircraft appeared on Thursday.

It was also earlier reported that the wreckage of Pakistani Air Force's F-16 fighter, which was shot down by Indian Air Force jets on Wednesday, was spotted and photographed.

According to news agency ANI, which tweeted photos of the F-16 debris which fell in Pakistan-occupied-Kashmir after it was brought down by a MiG 21 fighter during Wednesday's failed air raid, multiple IAF sources confirmed that the wreckage is of the Pakistani plane.

Several Pakistani Army soldiers, too, are seen near the F-16 with ANI reporting that one of them is the Commanding Officer of Pakistani Army's 7 Northern Light Infantry.

A large number of PAF fighters had crossed into the Indian side of the border and violating the Indian airspace but were soon were challenged by the IAF fighters.

The F-16 - PAF's most advanced jet -  was challenged and one of them was shot down by IAF`s vintage Mig-21 Bison.

Wing Commander Abhinandan Varthaman had engaged the aircraft and fired the R-73 missile in the dog fight. However, in the brief aerial engagement, the MiG- 21 crashed and its pilot ejected over the Pakistan side of the border. He was then captured by the Pakistani forces, further escalating tension between the two nuclear-powered nations.

However, in a surprise announcement, Pakistan Prime Minister Imran Khan on Thursday announced that the captured IAF pilot Wing Commander Abhinandan Varthaman will be released on Friday as a "gesture of peace".

The announcement from Pakistan PM during a joint session of Parliament came barely an hour after Foreign Minister Shah Mehmood Qureshi said that Khan is ready to talk to his Indian counterpart Narendra Modi to de-escalate Indo-Pak tensions.

As the Opposition leader Shahbaz Sharif took the floor of the House, Prime Minister Khan apologised for interrupting and said he wishes to announce that the Indian pilot captured by Pakistan Air Force on Wednesday will be released Friday as a "peace gesture".