The government will also present a half-yearly review of the trends in receipts and expenditure in relation to the budget at the end of the first half of the Financial year 2018-2019 under sub-section (1) of Section 7 of the Fiscal Responsibility and Budget Management Act, 2003, the list stated. 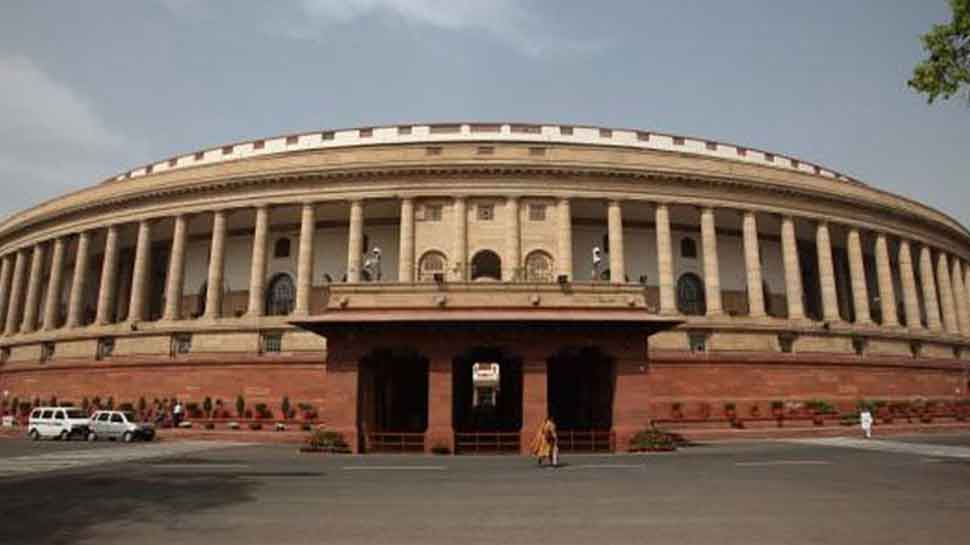 New Delhi: The winter session of Parliament will see government replacing two ordinances -- one on taxation and another on the prohibition of e-cigarettes.

According to both Rajya Sabha and Lok Sabha business list, about 35 legislations, including the crucial Industrial Relations Code, will be taken up during the winter session of Parliament beginning Monday including the Prohibition of Electronic Cigarettes (Production, Manufacture, Import, Export, Transport, Sale, Distribution, Storage and Advertisement) Ordinance, 2019 (No. 14 of 2019) promulgated by the President on 18th September, 2019 and the Taxation Laws (Amendment) Ordinance, 2019 promulgated by the President on 20th September, 2019.

The government will also present a half-yearly review of the trends in receipts and expenditure in relation to the budget at the end of the first half of the Financial year 2018-2019 under sub-section (1) of Section 7 of the Fiscal Responsibility and Budget Management Act, 2003, the list stated.

The ordinances are related to reduction in corporate tax to give concessions to the new and domestic manufacturing units aimed at boosting growth and income and checking slowdown.

The ordinance on corporate tax was issued in September to enable the amendment in the Income Tax Act, 1961 and the Finance Act, 2019. The second ordinance was also in September which banned the sale, manufacture and storage of e-cigarettes and equivalent products.

Finance Minister Nirmala Sitharaman on Friday said the government will bring legislations on raising insurance cover on bank deposits from the current Rs 1 lakh and regulating multi-state cooperative banks amidst a crisis in the Punjab and Maharashtra Co-operative (PMC) Bank affecting lakhs of depositors. These legislation will be brought during the Winter Session of Parliament starting Monday, the minister said while adding "I will be going to the Cabinet to increase the insurance limit from current Rs 1 lakh on deposit in banks and if the Cabinet approves it, we will move it in the upcoming winter session of Parliament", Sitharaman said at a media interaction.

The cover is paid to costumers who whose deposits lie with a bank in the event that the bank fails to return them. The insurance cover for depositors was last revised in 1993, from Rs 30,000 in 1980 to Rs 1 lakh.

"Work is on and we shall go to the Cabinet for approval to introduce a legislation in the winter session. The legislation will amend the necessary Acts and the laws to make sure that banking functions undertaken by cooperatives sector will be brought under the Banking Regulation Act for complying with prudential norms," she said.

With regard to deposit guarantee insurance limit hike, Sitharaman said it may not be part of cooperative bank Legislation, but part of some other laws.

"We might want to increase the minimum amount of Rs 1 lakh (deposit cover). The government plans to bring this (Legislation) during the winter session," she said.

An amendment will also be proposed to the Banking Regulation Act to give the Reserve Bank of India greater regulatory and prudential norms compliance oversight. It assumes significance because of the PMC Bank, which has severely affected customers. The proposal is to hand over the complete regulation and supervision of banking activities of urban cooperative banks to the RBI via the Banking Regulation Act.

Finance Minister Sitharaman will have to face some tough times in the House from the opposition on the continuing slowdown in the economy.