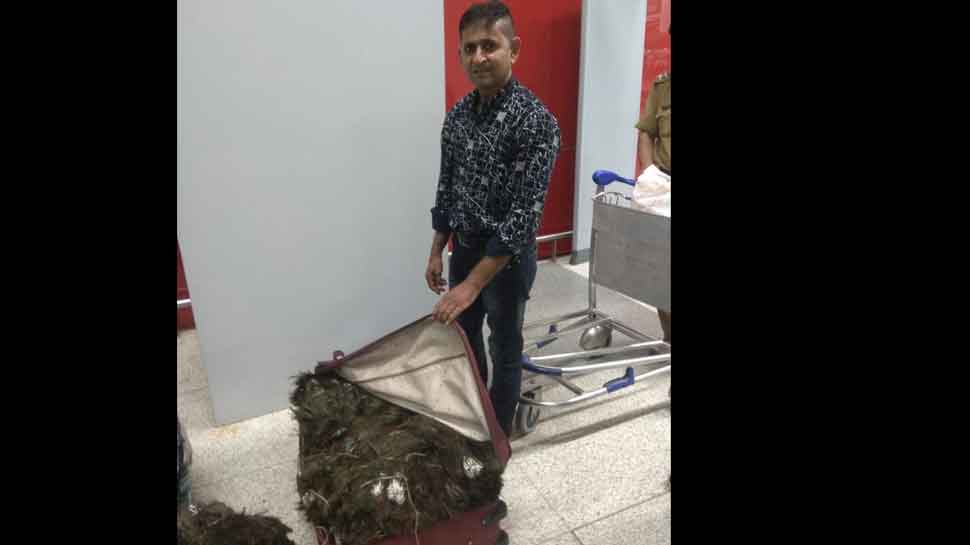 The incident took place at around 7:15 pm on Wednesday, when a Central Industrial Security Force (CISF) personnel stationed as a CCTV observer noticed the suspicious movement of a passenger carrying three bulky bags on a trolley in the check-in area of Terminal-3 at the IGI Airport.

Thorough physical checking of the bags revealed that peacock feathers weighing around 49 kg were stuffed inside all three bags.

The apprehended passenger has been identified as Naseer Ansari, aged 39 years, of Indian nationality. He was bound for Hong Kong by Air India flight No.AI-314, scheduled to depart at 11:05 pm on Wednesday.

The passenger has been handed over to Customs Officials for further inquiry and a probe has been launched into the matter.