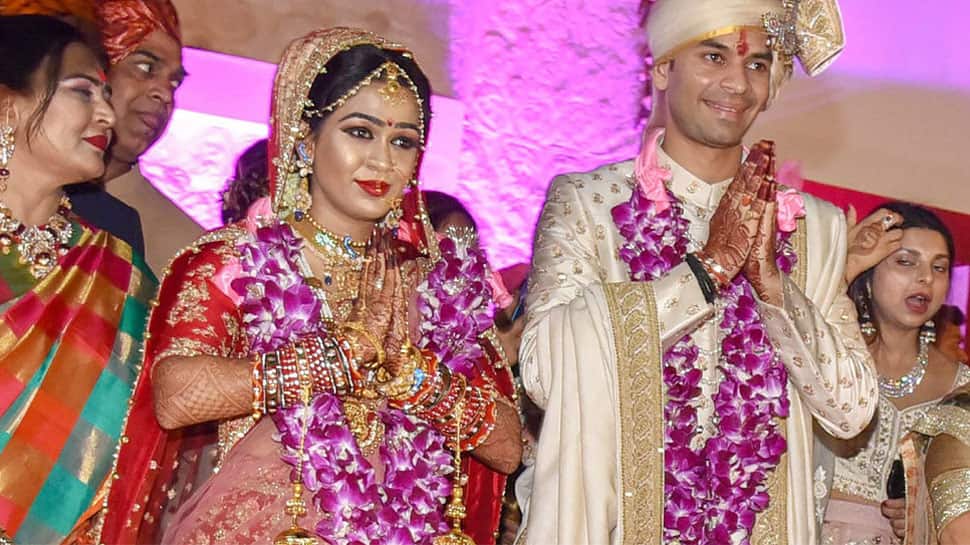 The MLA from Mahua in Vaishali district had filed for divorce in a family court in Patna on November 3, after going public about his compatibility issues with Aishwarya Rai, his wife of six months.

The court had initially posted the matter for hearing on January 8, but later shifted it to January 31 after the presiding judge hearing the case was transferred.  Sources in the family court told news agency PTI that judge Uma Shankar Dwivedi, who had posted the matter for hearing on January 8 in a November 29 order, was transferred to another district and his reliever is yet to take charge.

The couple got married in a glittering wedding ceremony in Patna in May 2018. The wedding functions were attended by several political leaders, including Bihar Chief Minister Nitish Kumar and Union minister Ram Vilas Paswan.

Rai's father Chandrika Rai is a sitting RJD MLA and grandfather Daroga Rai is the former Chief Minister in the 1960s.

Calling himself a ‘simpleton’, Tej Pratap informed about his decision to split with wife in October 2018. "It is true that I have filed a petition. Ghut-ghut ke jeene se toh koi fayeda hai nahi (There is no point in living a stifled life)," he told ANI.

The development came months after reports said Rai might contest 2019 Lok Sabha elections on RJD ticket from Chhapra in Bihar and was also seen attending the party’s foundation day.

Rai had rushed to Rabri Devi's home accompanied by her father, but their efforts to pacify Tej Pratap failed.

A thaw in his relations with his mother was witnessed on January 1 when the two had an emotional reunion after which he declared "my mother is with me in all my battles".

He also appears to have patched up with Tejashwi who greeted him by touching his feet when he visited his brother's home a few days ago.Known for his volatile disposition, Tej Pratap's decision to seek divorce has not gone down well with his parents and siblings.