PDP attacks Doval over remark on separate constitution for J&K, says it's unwarranted

Such inflections and unwarranted remarks of Doval when Kashmir is reeling under trouble and witnessing a political turmoil, shows the insensitivity of the NSA towards the people of Kashmir, said the PDP. 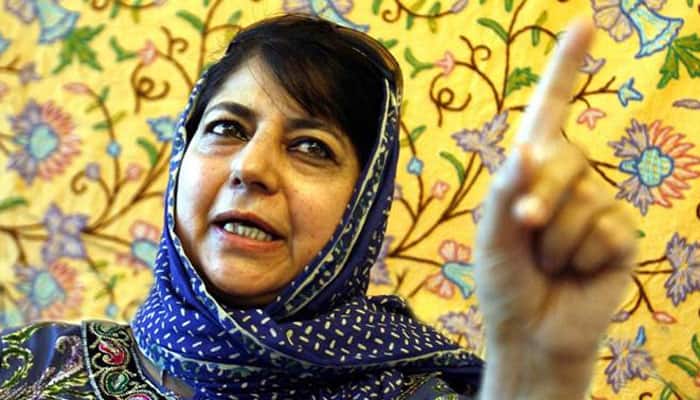 News agency IANS quoted senior PDP leader and spokesperson Rafi Mir as saying, “Such inflections and unwarranted remarks of Doval when Kashmir is reeling under trouble and witnessing a political turmoil, shows the insensitivity of the NSA towards the people of Kashmir.”

Mir also said, "It is unfortunate that when a Muslim majority state rejected the two nation theory and went on to accede to a Hindu majority nation with trust, we are being harassed and pushed to the wall by these assaults on our state`s special status.

Speaking at a book launch recently, the National Security Advisor had said that separate constitution for Jammu and Kashmir was an aberration. He made the remark during the launch of a book on India’s first Home Minister, Sardar Vallabhbhai Patel.

Doval said sovereignty "cannot be diluted and ill-defined", and added that when the "British left, probably they did not want to leave India as a strong sovereign state."

In this context, he said Patel could see through the plan of the British to sow seeds of disintegration in the country.

"His contribution is not about the merger of the states, it is only a means to an end. The thing was that to make a sovereign state in which there was the sovereignty of the people was established in the Constitution, which is applicable to the whole of it. Probably with Jammu and Kashmir, where the Constitution was...In a truncated form...Another constitution of J&K continued to exist, which is an aberration," Doval said at the event at Vivekananda International Foundation (VIF), a think-tank.