People to watch out for: Nitish Kumar in focus ahead of Bihar polls

Nitish Kumar stormed to power in Bihar in alliance with the Grand Alliance comprising his JD-U, the Lalu Prasad-led Rashtriya Janata Dal and the Congress in the 2015 Assembly elections. 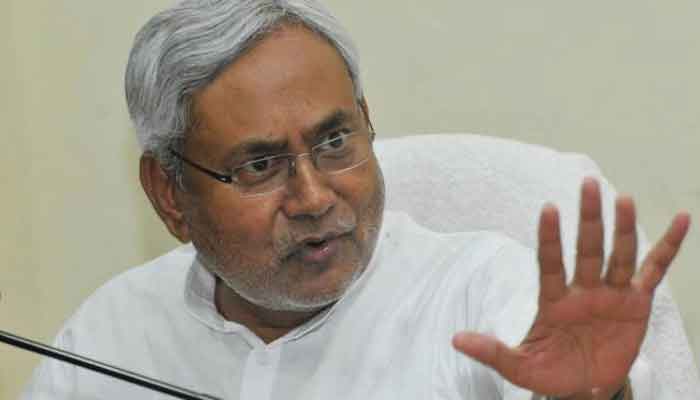 Patna: With just a few months left for the crucial Bihar Assembly elections, Chief Minister and Janata Dal-United President Nitish Kumar is yet to speak on the alliance and seat-sharing formula with his NDA allies.

Nitish Kumar stormed to power in Bihar in alliance with the Grand Alliance comprising his JD-U, the Lalu Prasad-led Rashtriya Janata Dal and the Congress in the 2015 Assembly elections. However, almost one and half year later, he pulled out of the alliance in June 2017 and again joined hands with the BJP and the LJP to form the government, leading to former party chief Sharad Yadav and some others rebelling against him

But soon the things settled down and the National Democratic Alliance (NDA) started functioning properly in the state, where the three parties had been in alliance earlier from 2005 to 2013. However, the JD-U had insisted on, and got, parity with the BJP in seats-sharing for the 2019 Lok Sabha elections.

But with the Assembly elections nearing in the state, now, the "number two" in JD-U, Prashant Kishor, an election strategist who joined the party in September 2018, has raised the stakes, saying that his party should get the lion`s share of seats.

Earlier, the alliance had reportedly come down an understanding that the seat-sharing would be 50:50.

About the seat-sharing in the upcoming Assembly elections, Kishor said: "As far as my understanding is concerned, it (the seat share) should be one is to four as it was the practice in 2005 and 2010 assembly elections."

The election-strategist-turned-politician has been quite vocal against the party`s sudden decision to support the citizenship law.

However, Nitish Kumar, who had covered up for him on the occasion, has remained silent over this issue, which has caused unease in the BJP camp.

Some JD-U leaders, who wished not not be named, said that the recent rebellion of the Shiv Sena against the BJP in Maharashtra and its capture of power with the opposition`s help has inspired Nitish Kumar to play for bigger stakes.

Meanwhile, the BJP had claimed the seat share would remain 50:50 as it was in the Lok Sabha election.

However, following Kishor`s remarks, some BJP leaders even questioned in what capacity he made this remark while some even pointed out that even during the 2015 assembly elections, Nitish Kumar, despite having 120 seats, contested on an equal number of seats with the RJD.

In December, Nitish Kumar, who had always stood against the citizenship law in public, suddenly changed his stand during the bill`s introduction in the Lok Sabha and supported it despite Kishor urging him to reconsider his decision.

This will be quiet interesting to see which way Nitish Kumar goes, as on number of occasions, some Congress, RJD and even JD-U leaders have opined that he should again join hands with Lalu Prasad.